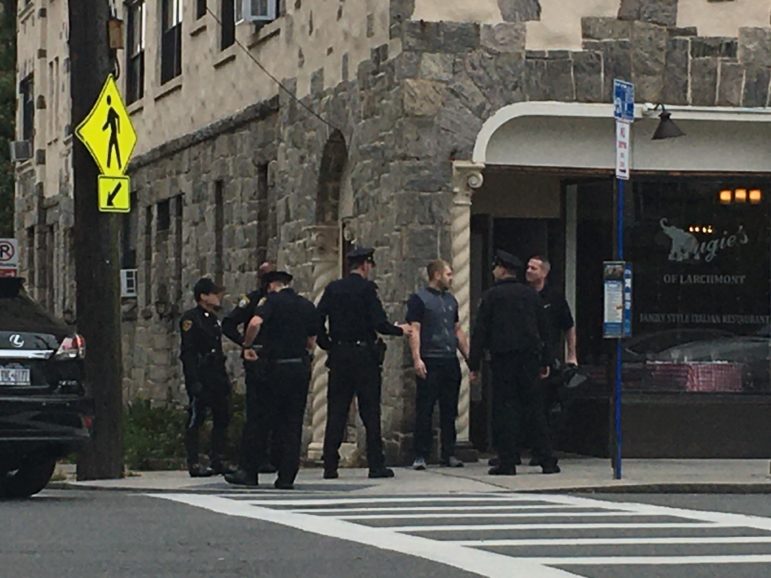 It was a day drinking debacle at Augie’s Bar and Restaurant on Chatsworth Avenue Friday afternoon.

Multiple police units could be seen discussing the matter with patrons about 3pm. Witnesses tell the Loop that both pugilists are local residents and neither was arrested although promises to pay for the damage were overheard. 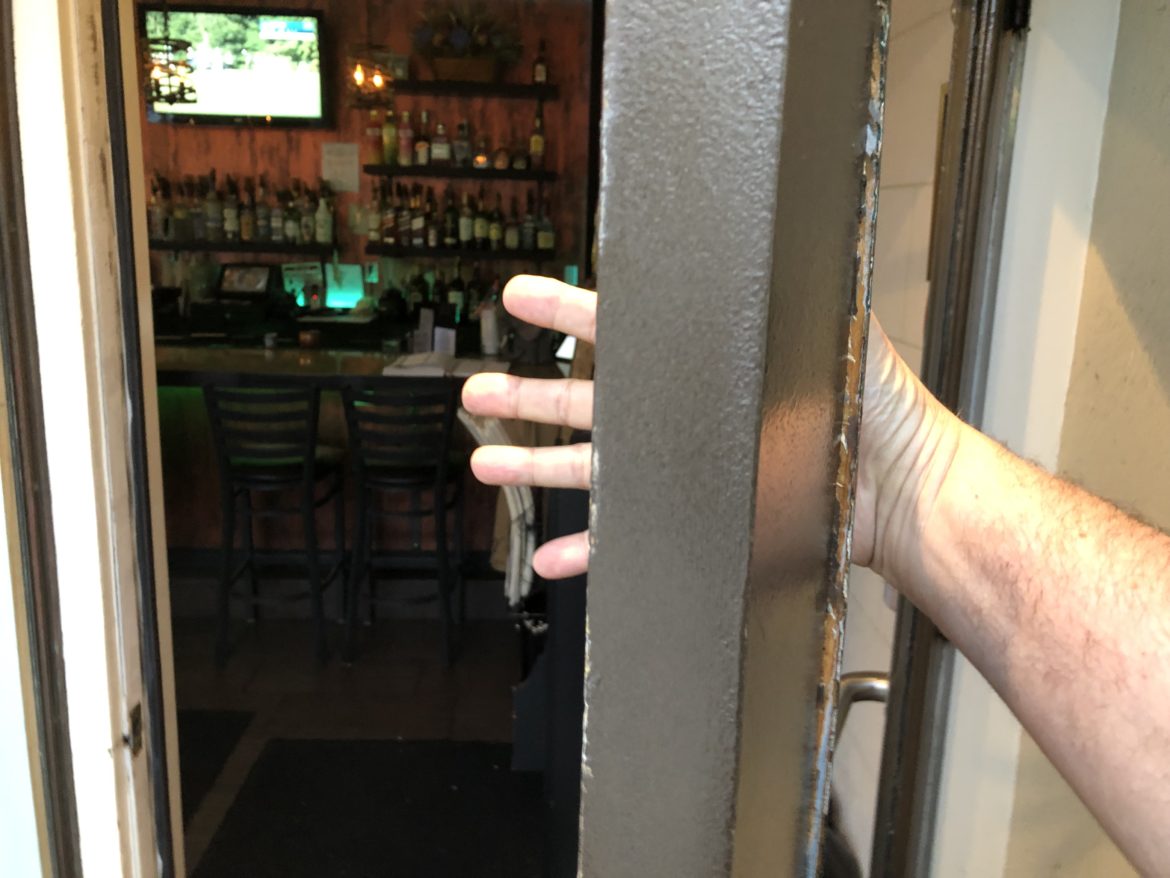 The glassless door at Augies, hours after bar brawl

One local merchant described it as “quite a brawl,” but the bartender at Augie’s insisted nothing like that could happen. After all “this is Larchmont,” he explained.

By five pm the barstools were reoccupied and the empty frame of the glass door was propped open. Calls to Larchmont Police were not immediately returned.