The second in a series of articles on various proposals to re-invent Rye Playland.

Heather Patterson, an artist and president of Boardwalk Art, Inc. of Rye  delivered her proposal to Westchester County with a short cover note stating: “Playland is an amazing little gem on the Sound Shore….perhaps a combination of smaller, inexpensive and sustainable tweaks may be enough to stem the tide of red ink…” 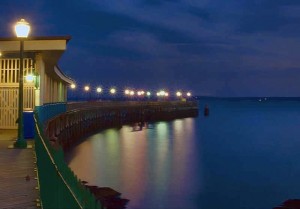 According to the county, the amusement park in the City of Rye presently loses about $4 million a year, including operating and capital improvements.

“Where’s the gift shop?” “Why not set up a rotating arts and crafts fair every weekend?”

To these ideas, Patterson adds the notion of selling fine arts as well as frequent music performances.

Overall, the Boardwalk Arts proposal claims it can start generating revenue right away if implemented on a trial basis for the 2011 season.  Residents can see the  full proposal online.

Another approach comes from PlaylandWatch.org, which has produced an entertaining video, “How to Fix Playland in 60 Seconds.” The video and the full proposal cover a broad range of ideas– everything from “enabling social discounts” via Groupon, to “buying more weather insurance,  fixing the Playland website, and “using less fireworks.” 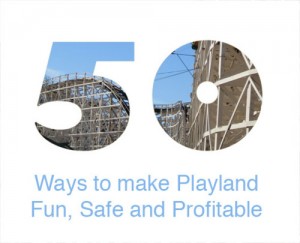 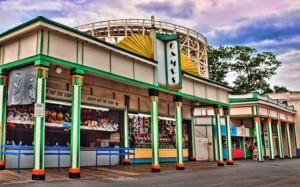 The full proposal, called “50 Ways to Boost Attendance, Reduce Expenses, and Achieve Profitability.” is presented in a light-hearted format using slides for each of the 50 items. The organization claims they all add up to a bottom line of about a million dollars in profits.

Playland will open in May and will operate for the most part just as it did last season.  The park is owned and operated by Westchester County, but the fact that attendance dropped to 494,000 in 2010, from a million in 2005, means taxpayers increasingly are subsidizing the operation.