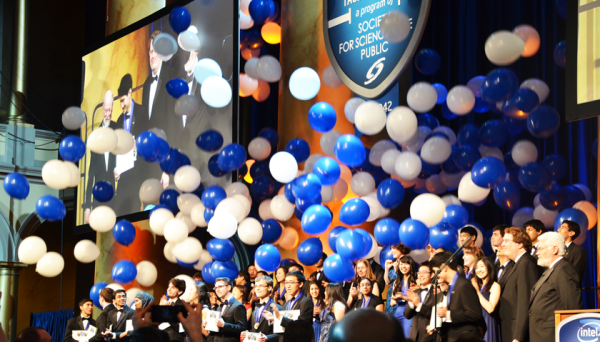 Max Pine from Pelham Memorial High School, conducted research on the “Effect of Climate on the Spatial Distribution and Synchrony of Eight Irruptive Bird Species.”

Charles Gulian from Ossining High School, was chosen for his research titled, “A Search for Tidally-Distorted White Dwarf Binaries in the Kepler Survey.”

The finalists were selected from 300 semifinalists and more than 1,800 entrants based on the originality and creativity of their scientific research, as well as their achievement and leadership both inside and outside the classroom.

The Intel Science Talent Search encourages students to tackle challenging scientific questions and create technologies and solutions that will make people’s lives better. The finalists receive an all-expenses-paid trip to Washington, D.C. from March 5-11, where they will compete for more than $1 million in awards provided by the Intel Foundation.

While in Washington, D.C., Intel Science Talent Search finalists will undergo a rigorous judging process, interact with leading scientists, display their research to the public at the National Geographic Society and meet with national leaders. Winners will be announced at a black-tie, invitation-only gala awards ceremony at the National Building Museum on March 10.

In the past, young innovators chosen to participate in the Science Talent Search have gone on to receive more than 100 of the world’s highest honors; for example, Science Talent Search alumni have won eight Nobel Prizes, two Fields Medals, five National Medals of Science, 12 MacArthur Foundation Fellowships and even an Academy Award for Best Actress.