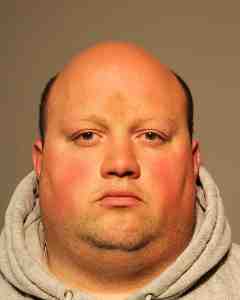 That’s alot of quarters! Up the road in Kisco, a Parking Officer was reportedly skimming the meters…

Westchester County District Attorney Janet DiFiore announced today that Jeffrey Daday of Brewster was arraigned on a Felony Complaint charging him with:

• one count of Grand Larceny in the Second Degree, a class “C” Felony.

The defendant would empty the meters and deposit part of the proceeds into his bank account at the local branch of People’s United Savings Bank on Moger Avenue in the Village.

To this point in the investigation the total amount of the larceny is in excess of $89,000.

Mt Kisco police were alerted to the thefts and along with investigators from the District Attorney’s office initiated a surveillance of the defendant over a period of time.

He was confronted earlier today as he left the bank branch after making a deposit and subsequently arrested.

He was arraigned and released on his on recognizance.

He faces a maximum sentence of fifteen years in prison.