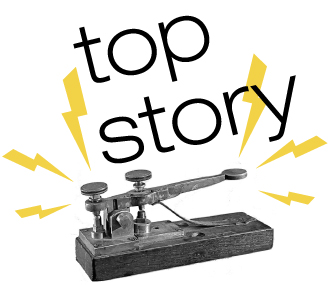 NEW ROCHELLE–A New Rochelle firefighter, Keith Morris, is missing after a boat he was operating with four others aboard capsized Sunday night off Stamford.Two men and two women were rescued from Long Island Sound but rescue workers continued to search this morning for 31-year-old Morris. All are believed to be from New Rochelle. from LoHud

NEW ROCHELLE– A California man has filed a lawsuit claiming he was sexually abused by Brother James A. Liguori, C.F.C., Ed.D in 1969 when the boy at a Cardinal Farley Military Academy in in Rhinebeck, N.Y. For 17 years, up until 2011, he served as President of Iona College.

NEW ROCHELLE — The friends of a 22-year-old victim of an apparent drug overdose drove his body from a Manhattan nightclub all the way to Sound Shore Medical Center — alerting hospital staff well after he’d already died, police said Sunday. from LoHud

BRONX– A real estate developer, the Lightstone Group, is looking to build the city’s first upscale outlet mall in the Bronx, according to borough officials who have been briefed on the plans. If realized, the outlet mall could be a drawing card for a city torn between celebrating one-of-a-kind haute couture at Fashion Week and coveting the sales and convenience of mass-retail suburban malls. from NYTimes.