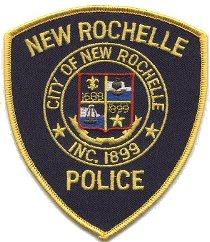 New Rochelle Police arrested 27 people on Tuesday busting up a New Rochelle heroin ring that included members of three generations of one family.

“Operation Red Smiley,” as it was dubbed because of a red smiley face symbol stamped on the heroin packages, began in May 2018 when detectives in the Special Investigations Unit became aware of the prevalence of the branded narcotic in New Rochelle. Arrests of key suspects began in February, eventually leading to a total of 49. These include several members of the Brickle family, including Jeffrey Brickle, Sr. aka “Pops,” 70, his grandson Jeffrey “Gunnar” Brickle, 31 and Gunnar’s uncle Jermaine Brickle, 46. Four other Brickle family members were also arrested.

Police seized more than two kilos of heroin as well as firearms, cash, and drug paraphernalia.

Of the 49 total arrested, police say about 29 are residents of New Rochelle, and 3 are from Mamaroneck. The youngest is 23.  One suspect is still at large.