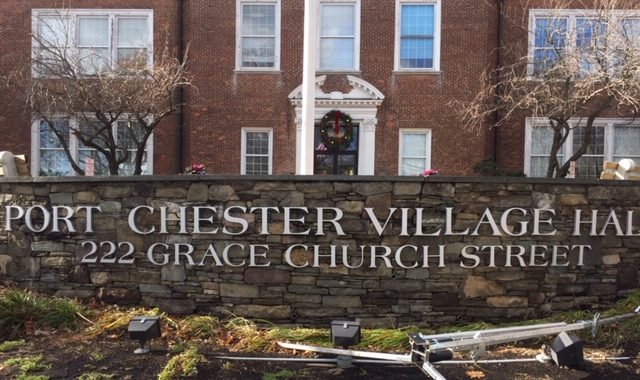 As part of an assignment in a class at the Center for Continuing Education, a”Citizen Journalism” student submitted this story about the curious case of Rye, NY:  Where it is, and where it isn’t.

City of Rye, Town of Rye, Rye Brook, Rye Neck. Old timers remember the Village of Rye. Port Chester is in it but has the good sense to keep its name out of it. The jurisdictional structure of New York State is famously complicated, but Rye takes it to the next level.

Since the 1600’s, residents of the area have been trying to keep things straight. Four residents of Greenwich, CT. brought tracts of land from the Mohegan Indians between 1660 and 1662. Both Connecticut and New York claimed this area and it wasn’t until 1683 that New York established final jurisdiction.

Over the years since, various jurisdictional events occurred, with perhaps the most significant being the Village of Rye obtaining its own charter to become the City of Rye, effectively separating from the Town of Rye in 1942. This was the last charter of a new city in New York State since then.

Today, the Town of Rye is effectively split geographically. Part lies southwest of the City of Rye and includes the parts of the Village of Mamaroneck that are not included in the Town of Mamaroneck … go figure. This area has its own separate school district know as Rye Neck.

The other part of the Town of Rye lies north and northeast of the City of Rye and includes the Villages of Port Chester and Rye Brook. These villages each have their own school districts as well. While its land area is smaller than the City of Rye’s, the Town of Rye has a far larger population (about 46,000 versus 16,000).

The City of Rye has nothing, well almost nothing, to do with the Town of Rye. It has its own police department, fire department and school system (mostly). In actuality, two neighborhoods of the City of Rye are served by the Rye Neck School district and the campus of Rye Neck High School and Middle School are partially located within the City of Rye.

So why this crazy quilt of jurisdictions? While historical boundaries play a role, in part the citizens want it that way. In addition to the Village of Rye changing its status to a separate city in 1942, residents of the then unincorporated Town of Rye voted in 1982 to establish themselves as a separate village of Rye Brook within the Town of Rye. Years later, an effort to eliminate the Town of Rye was voted down by a substantial margin, according to Nick Mecca, Town of Rye Receiver of Taxes. But if you are looking for a building with the Town of Rye name on it, you’re out of luck. Several years ago the administrative operations of the Town were moved to the third floor of the Village of Port Chester’s office complex.

Newcomers to the area may be the most confused residents initially. This confusion is often associated with taxes. Mecca explained that the Town of Rye acts as the assessor and collector of taxes for the villages and schools within the Town.   The Town sends out some 55,000 tax bills on behalf of the various jurisdictions within its boundaries.

So, while I know more about the jurisdictional world of Rye, I’m not sure any of it is any clearer to me. And, my head still hurts. I need a drink … make it a Rye.

2 thoughts on “Oh Rye Couldn’t This Be Easier?”