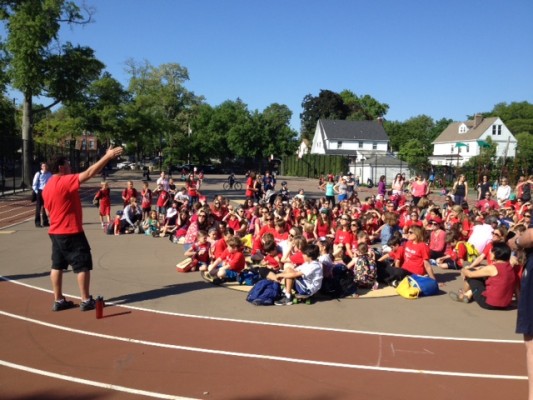 LARCHMONT– Many local parents are upset with Governor Cuomo’s recently proposed education reform policies, due to go into effect June 30. They tie a new teacher evaluation system to increased state aid for schools and “passed the Democratic controlled legislature within hours of being made public,” according to reports.

(In a recent blog post “How To Fix Public Education in New York State” Dr. Robert Shaps, the Superintendent of Mamaroneck Public Schools likened the current reform process to a Monty Python movie.)

Friday, “Time out” protests were held before the beginning of the school day at many elementary schools across the State; parents and children were encouraged to sit outside schools in red T-shirts.

But not everyone was thrilled with the protesting in the Mamaroneck District. One mother at Murray Avenue School wrote on theLoop,

I  understood that the PTA was supposed to be non-partisan rather than an  extension of the teachers union. On this basis also, though I do have some concerns about some of the reforms, I think the action is inappropriate. If the PTA wish to propose something, it should be an after school activity and should not involve the children in any way, shape, or form. 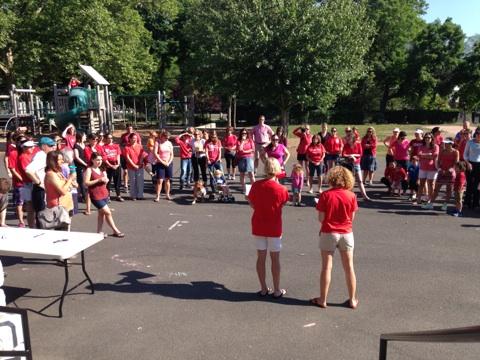 Why, of all the comments about this program, is that one being quoted in your article? The comment is ridiculous and in itself very “partisan”. The opposition to this program is not a “teachers union” issue, it is a local control issue. We have great schools in this district, it is one of the reasons many of us live here. That did not come about from state or federal programs being forced on the district; it came about because local educators were able to work with local residents (and PTA’s) to respond to the community at the level and in the manner the community needs (and deserves, and pays for). The Cuomo program is seriously misguided, and will detract from the education process and place additional and unwarranted burdens on local teachers and administrators, a result that will not help our children – quite the opposite.