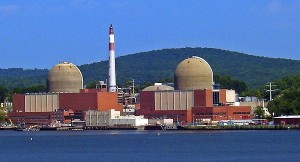 After the nuclear disaster struck Japan in March, the U.S. Nuclear Regulatory Commission ( NRC) ordered special inspections of commercial reactors across the nation, including Indian Point, to make sure they would be prepared for emergencies caused by a combination of fires, floods, or earthquakes. On Friday, May 13, a report detailing the findings of the special inspections was released by the NRC. It showed that Indian Point has several specific safety gaps.

Speaking about the release of the report, NRC’s Eric Leeds, director of the Office of Nuclear Reactor Regulation said, “Our inspectors found all the reactors would be kept safe even in the event their regular safety systems were affected by these events, although a few plants have to do a better job maintaining the necessary resources and procedures. As with all our inspections, we’re making available to the public all the information not related to security issues.”

According to the Wall Street Journal’s review of the report, Indian Point would be vulnerable if an extreme earthquake caused its back-up generators to fail, leaving the plant without electricity.  Disabled back-up generators could cause a loss of coolant which, in turn, could mean a gradual increase in pressure in the plant’s containment system and possible damage to it.

Please see our investigation on this topic, earlier this year.