No Dunkin Donuts Drive-Thru for Larchmont 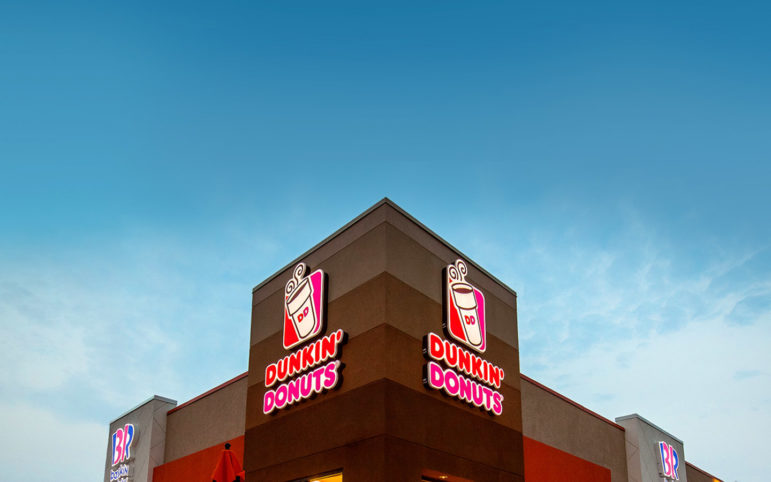 Larchmont won’t be running on Dunkin. But were residents of Larchmont really clamoring for a drive-thru fast food franchise in the middle of the village?

At least one “news” source, possibly swayed by a questionable Facebook campaign, reported residents “rallying”  for a drive-thru Dunkin Donuts at 1890 Palmer Avenue, at the site of a former bank drive-thru teller.

If they were, they’ll be disappointed. An application before the Village Building Department was withdrawn by the Village Monday after representatives of the proposed Dunkin Donuts location failed to show up for five Village Planning Board meetings in a row, since December.

Many residents had opposed what they saw as potential traffic jams and increased litter with the intrusion of a fast food chain into the Village atmosphere.

“The recent ‘news’ articles in other outlets implying that Larchmont residents are clamoring for a Dunkin donuts are disingenuous at best, and most likely disguised paid ads by the franchisee,” said resident Michael Divney, Jr.

The idea does have its backers. Eric Beyrich writes, “The rents in Larchmont, as a function of the obscene real estate taxes are excessive, such that few small businesses can survive…. If a drive through Dunkin Donut would help to ameliorate the tax burden, I am all for it.”

“Leave the drive through to Boston Post Road (and let it be in Mamaroneck or New Rochelle) not Larchmont,” writes Craig Mills.

According to a representative of the Building Dept., the original application was made by the owner of another local Dunkin Donuts franchise.

Obviously Eric Beyrich does not own a retail food business in the business district. As the owner of Larchmont Gourmet Deli for the past six years, how could anyone say ” I’m all for it”, without truly realizing the repercussions of such a large retail coffee space moving to a location where there are five other small coffee businesses within a one block radius. In addition to those five businesses, a Starbucks location also exists. Now add up all the employees that would eventually lose their jobs & how many of the businesses would be able to survive after Dunkin Donuts opened. If that’s what your all for Eric, I’m sure that all of us are glad that your wish didn’t come true. Thank you to all of our customers that enjoy a great cup of coffee, a real Bacon, egg & cheese that’s not made in a microwave, & not only served by my great employees but also served seven days a week by the guy that pays the rent & the property taxes, & the school taxes, & the water bill. (That would be me Eric) I wonder if the owner of Dunkin Donuts planned on working a shift or two at the Larchmont location? You have an open invitation Eric, to come by for a cup of great coffee to discuss this.

I agree. There’s a reason why Mamaroneck is called ‘The Friendly Village’.

0
Reply
Previous article
Changes to A.P.P.L.E. at Mamaroneck High School Before School Board
Next article
$160,000 Raised for Larchmont, Mamaroneck Scholarships