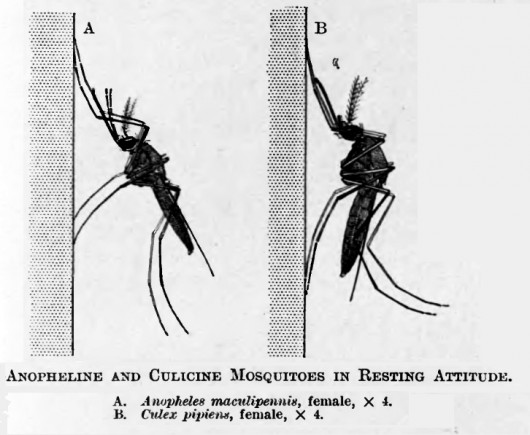 Mamaroneck Mayor Norm Rosenblum says a local man, 72, has been infected with West Nile Virus and is believed to have been infected on Melbourne Avenue. He also has a form of leukemia, which makes him more susceptible with a weaker immune system.

“His condition is improving,” says Rosenblum. “He is conscious but cannot speak, but has acknowledged his family present in the room.  They expect him to be where he is for at least one more week before he will be transported to White Plains Hospital.”

This is the second case reported this year in Mamaroneck. A third case was reported in New Rochelle.

Please be aware that I have received a message that a West Nile Virus case has been reported, and it is believed that the cause was a location on Melbourne Ave. in the Village of Mamaroneck. I believe the Westchester County Board of Health will be following up with an investigation of the Melbourne Ave. address.

I also believe this to be at least a second report of a West Nile Virus inciddent occuring in the Village of Mamaroneck. It is important that all take precautions to help prevent conditions which are favorable to mosquito infestation. Please make sure to eliminate any standing water and other situations that favor mosquito breeding.

I’m sure that was what Scott Petersen said to Laci a few years ago! Seriously, Ray, you need to find another outlet for your madness. It isn’t healthy.

Mike,
Maybe you can tell that BS to the two families of the two residents that have contracted West Nile Virus from Mamaroneck and after that call the family from New Rochelle. And I understand that their may be another one pending conformation in Rye.

Funny that you are so concerned but you never called me to take a look on the Island. Or can it be that maybe you own a home on the Island? The only one looking Kooky here is you my friend. Here is my number again should you or anyone else like to take a tour 914-948-1100. It’s a beautiful boat ride and I’ll buy the coffee…

For *expletive deleted* sake, is there *nothing* you won’t spin into a tirade against Hen Island?!

It has to be said, a publicity-seeking kook is what you’re sounding like right now.

“Family of West Nile victim tries to fly him home”

The WNV victim in this case lives 1.9 miles from Hen Island. (Just across the Post Road from the Greenhaven section of Rye) The County Health Department surveyed the neighborhood around the man’s home today and found no breeding sites. All they had to do was travel 1.9 miles and they would have found millions of mosquito’s breeding on Hen Island.

Unfortunately the City of Rye (Mayor Doug French) and the County Health Department (Deputy Health Commissioner Morrissey) has made enforcement into a political football and now it is costing Westchester residents their lives.
I am sure you will be shocked, amazed and appalled after watching this video on how the City of Rye and the County of Westchester allow and encourage mosquito breeding here in Westchester.
https://vimeo.com/47034186