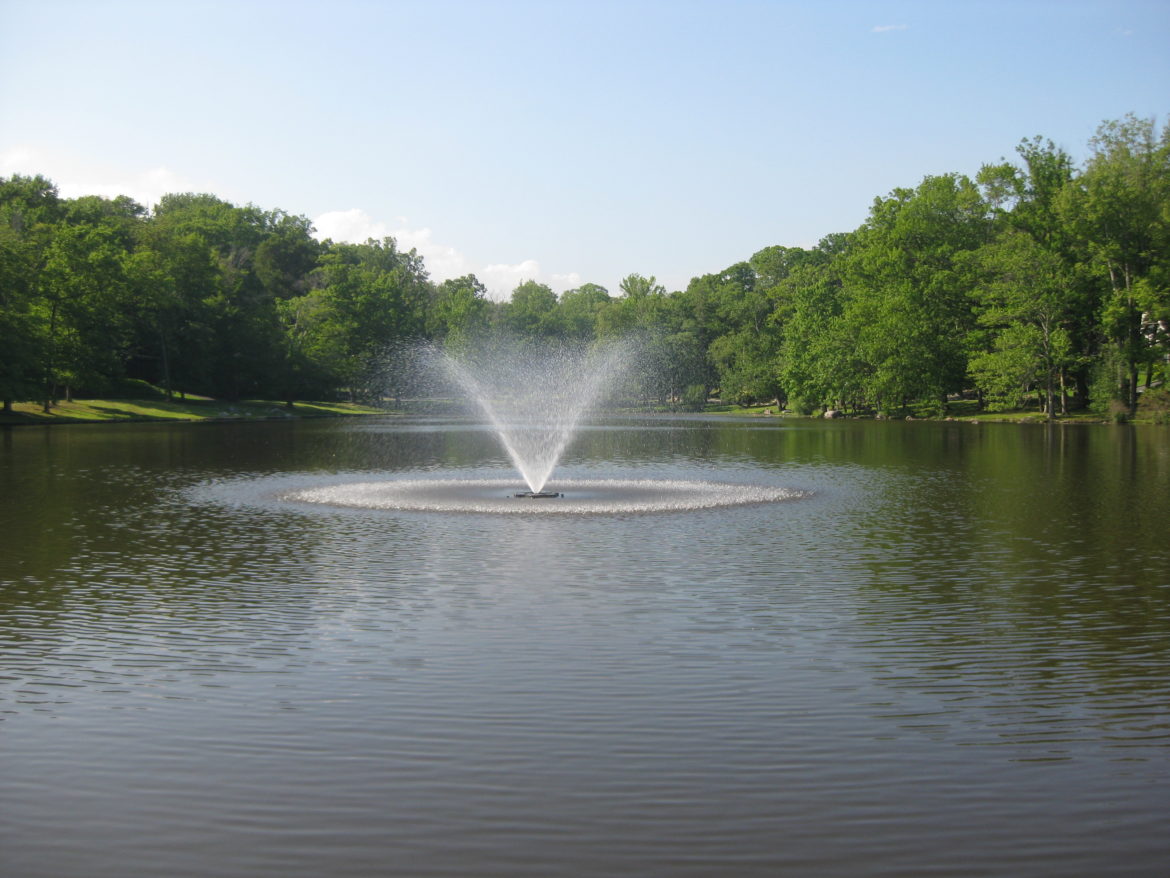 In New Rochelle, the long-awaited Beechmont Lake Improvement Project is starting up. (See our previous coverage.)

According to the July 29 letter, the project will involve dredging the lake, introducing native plants at the perimeter, removing dead and diseased trees, and redesigning the northern forebay to provide for ongoing maintenance.

The letter notes that “Phase 1 operations”  would begin in early August. “Work will include: removal of dead or diseased trees and stumps; grading around lake perimeter,  establishing an equipment staging area; setup of dredging operations (dredge pump, hoses on land and water, and barges in the water); and dredging, including placement of dewatering bags around the lake.

When will Phase 1 be completed?  Hopefully the dredging work will be completed by the end of the year. But the letter says it could resume after winter, if necessary.

In spring 2020, Phase 2 of the project is scheduled to begin, involving “enhanced landscaping, a flexi-pave nature trail, educational signage, new park benches and a third fountain.”  The letter notes that throughout the project, conserving and protecting wildlife will be a priority.

Who is doing the project? According to the city’s website, a bid was received by the city in April 2019 from Aquacleaner Environmental, Inc., based in Lancaster, NY.  The city subsequently awarded the contract in May.

On the website, the New Rochelle Department of Public Works previously listed the total funding budget for the project at $1,850,000; funding sources are listed as Bonds, State Grant, and PayGo. However, the actual bid award document obtained by the LarchmontLoop.com shows a substantially higher total project budget of $3,115, 517.90.

Updates on the Beechmont Lake project may be posted on the Capital Improvements page of the city website, or you can call the Commissioner of Public Works Scott Pickup at 914-654-2129.