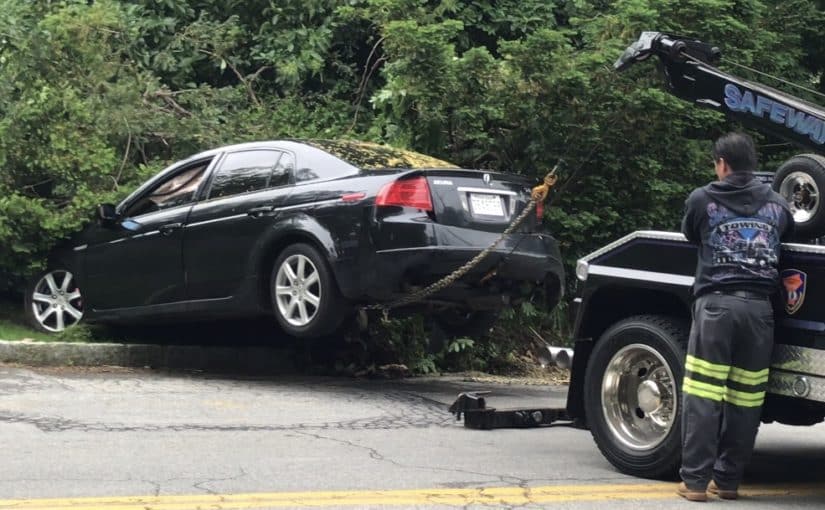 A car crash into a pile of shrubs on Pinebrook Boulevard in New Rochelle was the result of a police chase after two Bronx men tried to scam an elderly woman out of thousands of dollars.

New Rochelle police say the suspects posed as bail bondsmen and told the woman that her grandson was arrested and needed $6,500 bail, police said.  They came to her home in the North End of the City.

A sergeant, who was nearby, responded to a call and chased the suspects, who sped off before they crashed at the intersection of Beechmont Drive and Pinebrook Boulevard.

The two men were arrested and charged with third-degree attempted grand larceny, a felony. Additional charges are pending.

photo: Talk of the Sound