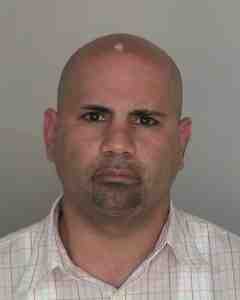 A New Rochelle Guidance Center counselor has been arraigned on charges of raping and sexually abusing a special needs patient.

Westchester County District Attorney Janet DiFiore announced Friday that Nelson Acevedo, 43, of New Rochelle, who has a Master of Social Work degree, engaged in various forms of inappropriate sexual contact with a patient between February 1, 2013 and July 31, 2013.

The Center is a state certified facility that offers various forms of counseling services at 70 Grand Street.

The DA says the defendant sexually abused the victim during counseling sessions in his office.

On another occasion, at his place of residence, during a counseling session, the defendant raped the victim.

In June 2013, Governor Cuomo announced the opening of the Justice Center for the Protection of People with Special Needs, a new state agency charged with investigating cases of abuse and neglect in the special needs community.

This case investigation originated with a call to their statewide hotline.

Bail was continued at $50,000 cash or bond. The defendant’s next court date is December 17th, 2013. He faces a maximum sentence of four years in state prison on the top charge.

This is awful. My first reaction from the headline is that this had happened in one of the schools to a child. A little more clarity might be less sensational but more accurate.

To be clear the victum was an adult, NOT a child. I do not know rhe age, but definitely some one over 20, and probably 30-50 That is what Barbara meant I think and I agree.

thank you for clarifying.

why is that worse than it happening to a child in a govt funded center?