Paul Dillon is already a local celebrity in Mamaroneck: a revered golf coach at Fordham University, a celebrated portrait artist, recent inductee to the Westchester County Sports Hall of Fame, and father of six children including actors Matt Dillon and Kevin Dillon.  Now he is starring in his own movie.

Director Claire Panke chose Dillon as one of three subjects in her remarkable new documentary “Light Years,” which follows Dillon and the two other talented and dynamic elders in their second act lives.

Panke, a Scarsdale native with ties to the Larchmont-Mamaroneck area herself,  says the film “celebrates positive aging, creative aging, conscious aging.”  The three unique stories exemplify the fulfillment and profound rewards of continuing to learn, engage and contribute well into age 80 and beyond. In the film Dillon is seen painting in his home studio, mentoring student-golfers, and reflecting on how his life became richer and more meaningful after he quit drinking and picked up a paintbrush for the first time at the age of 51.  He recounts his “old life” of endless business strips as a corporate manager and the broken parental promises of his younger self.

Dillon churned out remarkable paintings through his 50’s, 60’s and 70’s, presumably tapping into an artistic vein in his gene pool.  Two of his uncles were cartoonists who created images of Flash Gordon and Blondie for the comic strips.  Now, Dillon’s portraits of great golfers hang at the clubhouses at Winged Foot and Wykagyl Country Clubs.

Beyond the painting, though, Paul’s attention and time were largely focused on mentoring youth as a coach and volunteering at a halfway house helping young men address substance abuse addiction.  “I was conditioned to be of service,” he says “and if someone thinks I have something to give, well then maybe I do.”  It is a pleasure to watch his life’s second act unfold.

At 84, Dillon attended a recent private screening of the film in his wheelchair, but gamely stayed to answer questions from the audience and bask in the affection of people who had just gotten to know him.  Because the director is seeking to have “Light Years” accepted at a film festival it cannot yet be screened publicly, but it’s hoped that will happen in the coming year. 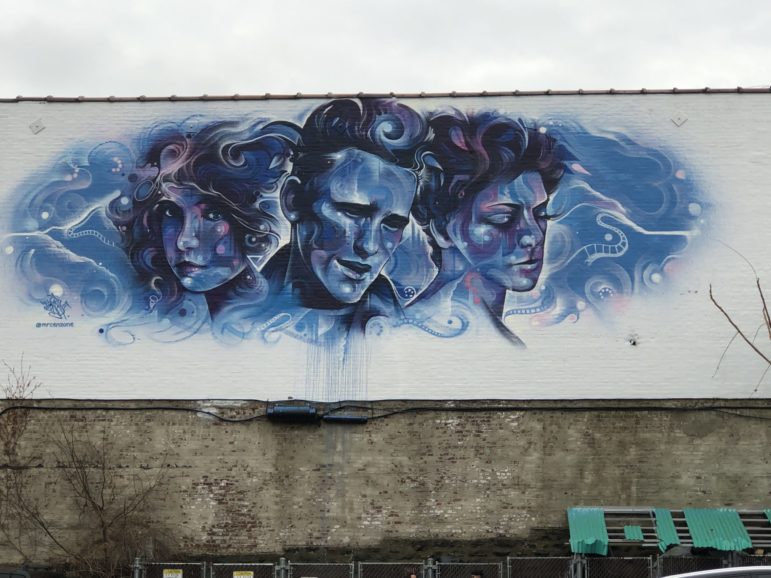 In the meantime, neighbors here at home can find out about the film at the Light Years Film website and see if you can catch the family resemblance when you pass that mural of his also famous son in downtown Mamaroneck.

Lou Young
Lou Young is a veteran journalist who has been honored with multiple awards including 10 Emmys. He retired in 2017 after 43 years in TV News and was recently appointed a Trustee in the Village of Mamaroneck, and has suspended reporting duties.
Facebook
Twitter
Pinterest
WhatsApp

correct website is lightyearsfilm.com
Revisions in progress and the new improved site will be up before Christmas!
from the filmmaker :)

Thank you for this lovely article! I will be launching a new website in the next week or so. (The link will remain light years film.com) And both my parents /both sets of grandparents lived in Larchmont ! My father’s parents Karl &Rose Panke lived on Beach Ave. & my mother’s parents Harry & Irene Flinn lived in several locations in Larchmont. Harry ran Flinn Ford which is now the Lexus dealership on the Boston Post Road. Deep roots in Larchmont !