Murphy to Run for County Legislature 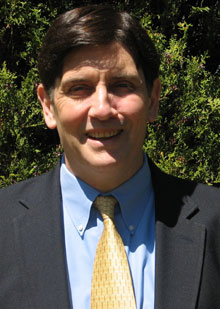 Tom Murphy, a former Village of Mamaroneck Trustee, will seek the Democratic nomination for the County Board of Legislators seat in District 7. Legislator Judy Myers announced she will not seek re-election in the Fall for the District that includes Larchmont, Mamaroneck Town and Village, Rye City and parts of Harrison and New Rochelle.

Murphy won three elections to the Village of Mamaroneck Board of Trustees and served for 6 years, before abruptly withdrawing for family reasons.

The announcement caught local electeds, including State Sen. George Latimer and State Rep. Steve Otis, by surprise. Myers herself, who is already working to support candidate Catherine Parker, says, “This came as a huge surprise. We did a lot of work and preparation to find the best Democratic candidate to take my place…I certainly would have sat down and talked to him if he had expressed an interest.”

Myers is supporting the candidacy of Parker, a City Councilwoman in Rye, with whom she worked on Playland and flood-related projects.

Murphy’s announcement means the Democrats will likely hold a primary. “I was hopeful we could resolve this without the huge expense of a primary,” said Myers.

Murphy writes,  “I believe strongly that candidates for public office should be chosen through an open and transparent process of the entire Democratic Party, whether through a convention or a primary, and should not be anointed by party leaders.”

With Parker having the support of Otis, Myers, Latimer and Bramson, Tom’s chances of winning a primary are slim to nothing.

It is a very sad state of affairs when, even at the local level, we allow the elected elite to dictate whom we should vote for. I hope people will take the time to learn about the two candidates and make their own decision based on their personal evaluation. Read carefully, Myers says she did a lot of work and preparation to pick her predecessor and that she didn’t know Tom was interested. How would anyone know she was not running until she announced it? Tom Murphy is a fine candidate and I hope people will take the time to hear what he is all about.

Ask Tommy Boy how many hours he was paid as a no show elevator operator at his corrupt union job!

A lot of people in Mamaroneck and Larchmont know Tom Murphy – and many remember his principaled stand to protect local immigrants from discrimination (for which his family’s home was picketed by Village Republicans). If he can get people to the polls he can win – not too many people vote for whomever other politicians’ endorse (whether one calls it a political machine or not) when it comes to local offices – not when you meet both candidates and they are neighbors. Right on his part for giving people a choice.