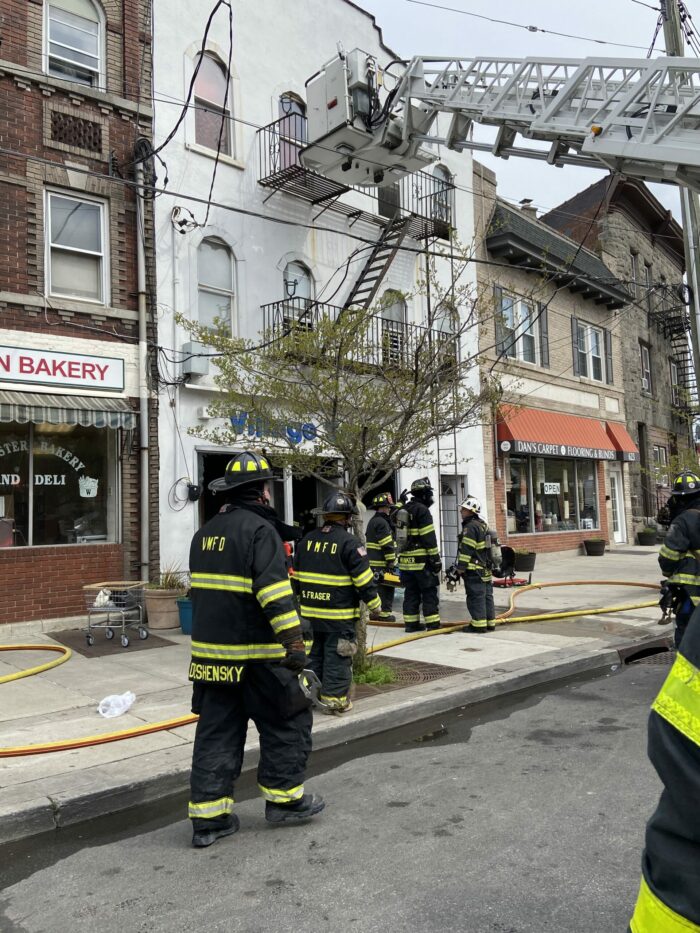 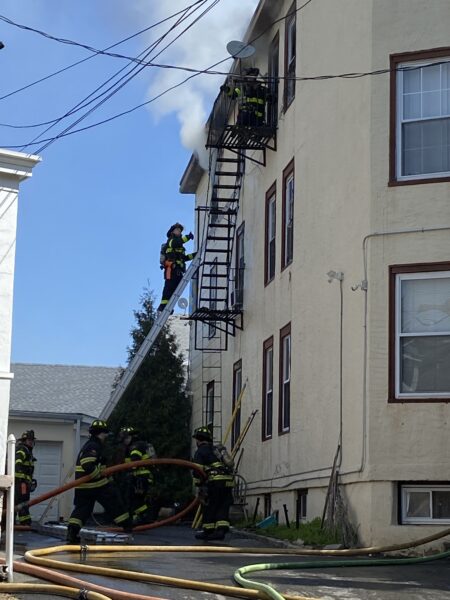 While there were no reported injuries at either fire there was significant damage at both locations.

It was midmorning when smoke and flames shot out of the top floor of a multifamily apartment building on New Street off Mamaroneck Avenue. Joining to battle the blaze were surrounding fire companies including Town of Mamaroneck and Harrison. The cause of the fire is still under investigation and several families remain displaced.

Just a few hours later, at 3pm, firefighters responded to Village Suds Laundromat at 627 Mamaroneck Avenue, where it is believed that two dryers caught fire. Occupants living in the five apartments above the laundromat were quickly evacuated. Once again, fire departments from surrounding municipalities joined, including the Larchmont Fire Department.