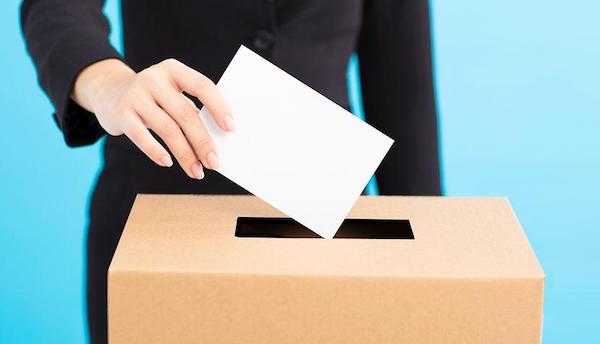 Mamaroneck’s Board of Trustees has taken a cue from the youngest voters in the Village and begun the process that could change the local election schedule.

Students from Mamaroneck High School brought the results of a remarkable class project to the Village last year indicating that a switch to even-year bi-annual elections would substantially boost voter local turnout.  It was the work of teacher Joseph Liberti’s Original Civic Research & Action program and it impressed some of the adults who heard it.

Newly elected Trustees Manny Rawlings, Leilani Yizar-Reid, and Lou Young expressed admiration for the students’ research at the time and campaigned for Village Trustee on moving all village elections to the so-called “federal schedule.”  Mayor Tom Murphy has also voiced his support for the idea.  Multiple teams of high school canvassers campaigned for the Rawlings/ Yizar-Reid/Young ticket during the recent general election and at their very first work session the new Board of Trustees voted to put the question on its upcoming agenda.

Essentially, the new board resurrected the election-change legislation that had been drafted by Village Attorney Robert Spolzino last year and rejected by a vote of 3-2 by the previous board.  As currently drafted, the law would also extend future trustee terms to 4 years.  A final “off-year” election would be held this year with the Mayor and one trustee running for a single 3-year term to get them to an even-year cycle.  Public hearings on the change could begin as early as February.

Opponents of synchronizing village elections to the federal schedule have the option of mounting a petition drive to submit the matter to a “permissive” referendum.

I’m one who believes that the longer term breeds corruption. It is rampant at the federal level–and I’m quite certain we are not immune to that at the local level….so I’d be inclined to keep the 3 yr term. While we are at it–look at all the info dripping out about election corruption in 2020. Let’s fix 2020 before we go changing anything.