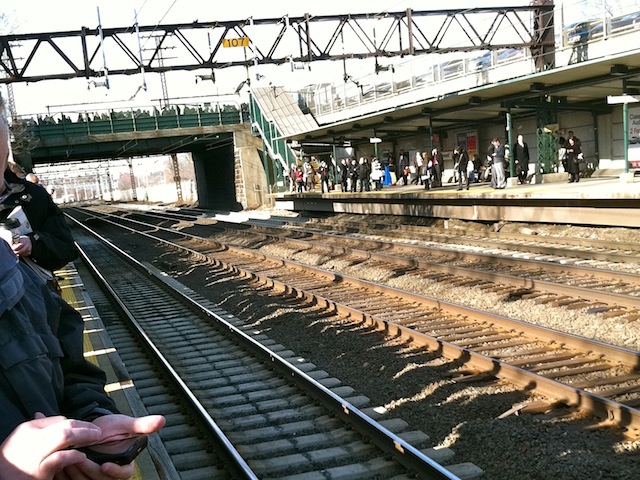 Cold turkey commute. Don’t even think about lighting up while waiting for your Metro-North train. Doing so could get you kicked off the platform, up to $50 in fines or a trip to jail.

The MTA‘s new ban on outdoor smoking starts today, following a months-long grace period the agency gave smokers to get used to the idea. The ban, which had a soft launch in November, prohibits smoking on Metro-North and Long Island Railroad outdoor platforms, as well as ticketing and boarding areas.

The ban does not apply to Metro-North stations in Connecticut.

Violators have gotten away with just warnings since November. But after several months of  leafleting, signs, announcements and electronic alerts, the MTA now expects passengers to play by the rules.

Yeah. Now i dont have to try and jump on the tracks with an oncoming train to get away from the old guy chomping his cigar at 8:15 am– or the kid smoking pot outside the entrance on myrtle ave. Uh. Or just hopefully.