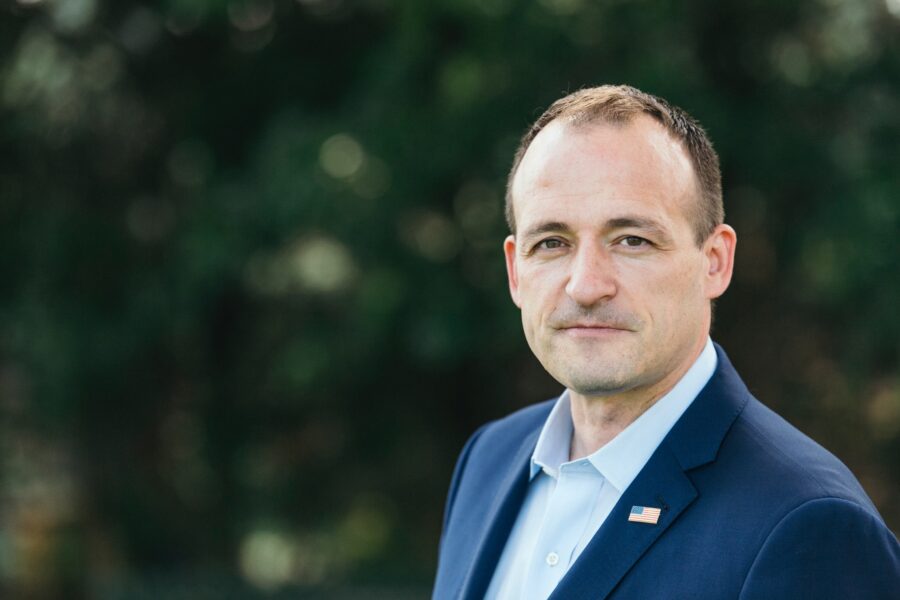 In the second of the series, we spoke with Westchester County Legislator Vedat Gashi. (Interview with Catherine Parker is here.)

1) You are running for election to Congress in the 16th CD. Why do you think you can do a better job than your two current opponents?

My campaign is focused on ensuring that everyone has a shot at the American dream, regardless of their zip code, income or status. At four years old, my family fled to the U.S. from Kosovo as refugees. I am grateful for what this country offered me and my family and I am committed to help ensure that all families have a true path to the middle class and beyond.
In 2020, I was elected to serve as Westchester County legislator. Since then, my office has passed a first in the nation gun safety law, protected women’s right to seek vital health care by passing a clinic access bill, delivered millions for childcare and affordable housing and supported small businesses impacted by COVID-19. When elected to Congress, I will work to expand on these accomplishments and the critical issues that affect families every day.
I will do a better job in Congress because I will not play petty or performative politics. I am a commonsense democrat who will safeguard abortion rights and marriage equality, expand access to affordable health care, improve the quality of our public school system, protect our small businesses owners, and bring more equitable housing and climate conscious infrastructure to residents. Specifically, I will work to codify Roe v. Wade to ensure reproductive care is protected under the law as a fundamental right, collaborate with the federal government to expand funding for infrastructure, and support legislation that normalizes relations between Israel and a number of Arab nations.

2) What positions has Rep Bowman taken that you would have opposed, or how would you have voted differently on any issues, particularly on Israel, but others as well?

I strongly object to the incumbent’s votes against the Abraham Accords and his support for the Nakba resolution that calls the creation of the state of Israel a “catastrophe.” As a refugee, I know firsthand the importance of strengthening international relationships with our allies. As a young attorney, I returned to Kosovo to help draft foundational legal documents and establish Kosovo’s Ministry of Local Government Administration. I also served as the Chief Legal Advisor to Kosovo’s Prime Minister.
The incumbent has handled our foreign affairs with some of our strongest allies poorly by withdrawing support and voting against the Abraham Accords in the Israeli relations normalization act, which is a critical step towards peace in the Middle East. He also cosponsored the Nakba resolution which called the founding of Israel “a catastrophe”.

3) What would be your priorities be in a first term?

I will roll up my sleeves on day one to fight and win for working families across the district. I will fight for a woman’s right to choose and work to codify Roe v. Wade to ensure reproductive care is protected under the law as a fundamental right. Other critical priorities are to collaborate with the federal government to expand funding for sustainable infrastructure, work with law enforcement and community groups to make our streets safer, get guns out of our communities and repair police and community relations. In addition, I will support legislation that normalizes relations between Israel and a number of Arab nations.

4) It is often a challenge to run against an incumbent. Your other challenger has name recognition in Westchester County. How do you plan to overcome these obstacles?

I am proud of the broad coalition our campaign has built. We’ve received numerous endorsements from assembly members, former legislators and members of congress as well as local labor unions and advocacy groups. I along with our incredible volunteers have knocked on thousands of doors and have made thousands of calls to residents.
These are incredibly tough times and there are countless families struggling to make ends meet.
As a Westchester Legislator, I’ve lowered taxes, improved infrastructure, balanced a budget of $2.2 billion, secured gasoline tax relief, and approved a measure to combat gender and race-based workplace pay inequality. I am committed to build on these achievements and bring more resources to the entire NY-16 community as a member of Congress.