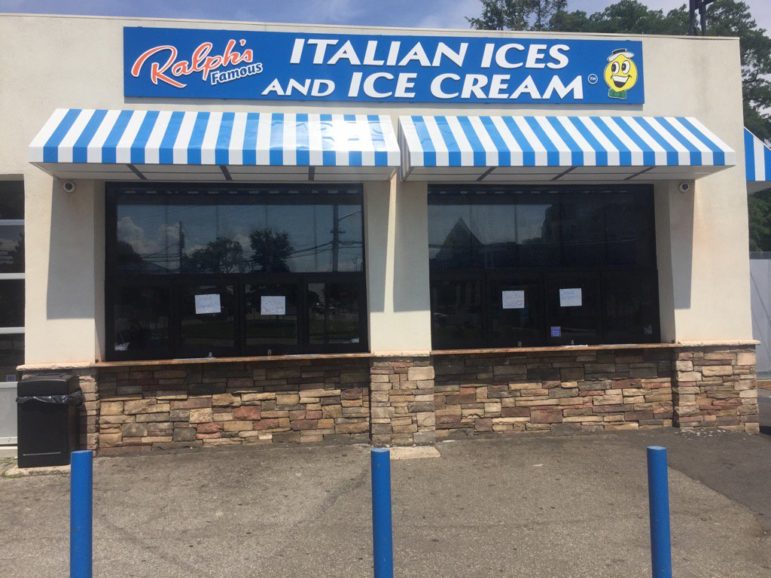 Now at the corner where customers lined up until late at night and some angry protests were staged, you can hear a pin drop.

After a showdown between the owner and authorities in Mamaroneck, the shop has been shut down.

The normally packed parking lot was empty Monday at Ralph’s Italian Ices on Boston Post Road. Hand written signs in the window read “closed temporarily” and “see you soon,” atter the village revoked its certificate of occupancy and the Westchester County Health Department issued a violation for operating without a valid food service permit Saturday.

“I hope they hear us loud and clear that we’re not going to go away,” owner Scott Rosenberg said. “The fight is not over.”

Rosenberg kept the wildly popular store open for 24 hours after the village ordered it to close and staged a noisy protest Thursday night that pitted ice cream lovers against neighbors who have been voicing concerns about traffic, noise, and safety for more than a year.

“Words were exchanged, threats were made, and Mr. Rosenberg himself invited me to hit him first,” neighbor Anthony DeCioccio Jr. said.

Cell phone video shows DeCioccio shouting and waving his arms during a confrontation. He says protesters were loud, rude, and destructive, and lays the blame at the feet of the shop’s owner.

“He just doesn’t seem to care,” DeCioccio said, adding that he thinks the neighborhood is “100 percent safer due to the fact that they’re shut down.”