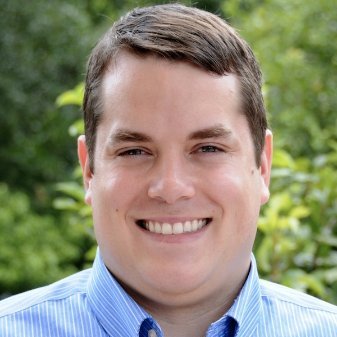 The following “press release” made it to the Inbox. Turned out to be from the campaign manager for Mamaroneck Village Trustee Andres Bermudez. But this was not disclosed. What do you think?

Bermudez, the first Latino Trustee in the Village’s history, expressed disappointment at receiving the news from party leadership: “I was shocked to find that my message of good government for all residents regardless of neighborhood did not reach the inner circle of the Democratic Party, or at least the members of the nominating committee.”

Trustee Bermudez recently drew fire from a small band of residents—who have repeatedly filed lawsuits against the Village—for his stance on legal issues surrounding Village government. At a Board meeting on March 24th of this year Bermudez drew bipartisan praise for blasting a $27,000 settlement with a resident who has unsuccessfully sued the Village on several occasions. Trustee Bermudez has repeatedly commented on the hundreds of thousands of taxpayer dollars the Village is forced to spend successfully defending itself. More recently Trustee Bermudez has taken on the Harbor Coastal Zone Management Commission (HCZM), spearheading a Local Law to remove the Commission’s power to prevent elected Trustees from approving local laws and village projects. The Trustee, a successful attorney in private practice, cited a legal opinion from the New York State Department of State finding the HCZM’s usurping of power to be unconstitutional.

Trustee Bermudez, an Officer in the Civil Air Patrol, who describes his proudest moment as being sworn in as Mamaroneck’s first Latino Trustee and being able to deliver an inaugural speech in Spanish, promised to mount a vigorous campaign for the party’s nomination vote this September 9th. He challenged the party machinery stating, “I will not allow seven people in a back room to overrule the votes of the thousands of citizens who elected me. I cannot let the voices of my fellow residents be silenced by the petty animus of intraparty squabbles”.

Trustee Bermudez has had several legislative and policy successes in his first term on the Board. One of his first accomplishments was to fulfill his electoral promise of installing a new weather-resistant roof on the Harbor Island Park Beach Pavilion. More recently, he has been at the vanguard of reforms to the Village’s housing standards and building codes, and a ban on smoking in Village parks introduced by him prior to running for office, all of which passed with bipartisan support.

The Board, at Trustee Bermudez’s urging, is currently working on a way to keep the historical Village Playhouse movie theater from being demolished for new development, and a plan to implement Transit Oriented Development to bring new business and residences to the area surrounding the Mamaroneck train station. “I have, and will continue to, work tirelessly to spread the success of our Village further than the Downtown and Waterfront areas”. Describing his political philosophy, the incumbent Trustee stated, “I am running on a platform of Unity, Common Sense, and Progress. With these three principles, we will make Mamaroneck better for our children”.