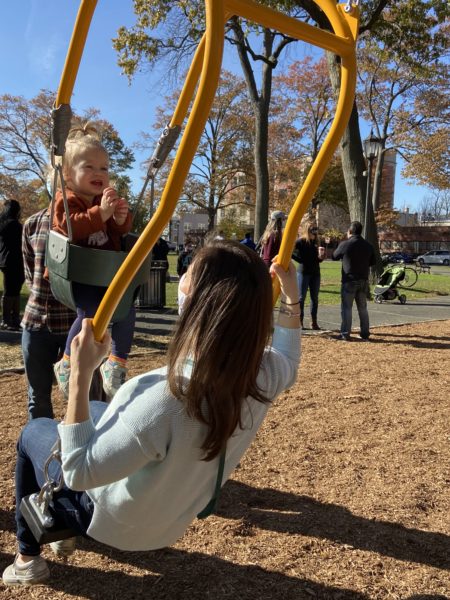 Columbus Park in Mamaroneck finally has what all the other village parks have had for decades. Children’s swings. Two large state of the art swing set play areas were unveiled on Saturday.

The idea started with a simple request from one parent. “All I want are swings in my park for my son,” said Pereese Jackson. His remark to one neighborhood leader sparked action to improve and further beautify the local park. Soon after, several community organizations leapt into action and partnered with a group of savvy Iona College students to survey area residents to find out what improvements they desired for the popular green space. With the Village of Mamaroneck Parks and Recreation’s quick approval and funding it took only two months to turn around the project.

At one of the two new play areas 18 month old Sierra giggled as she shared a swing with her mother Brittany Berlin. The Expression Swing with its face-to-face design features a bucket seat for very young children and a comfortable adult seat that allows a parent and child to interact with each other.

“It’s pretty nice. I like it cause I’m thinking I’m like a bird. It’s a lot of fun,” said 11 year old Kevin Fuentes as he swung on the more traditional swing set. 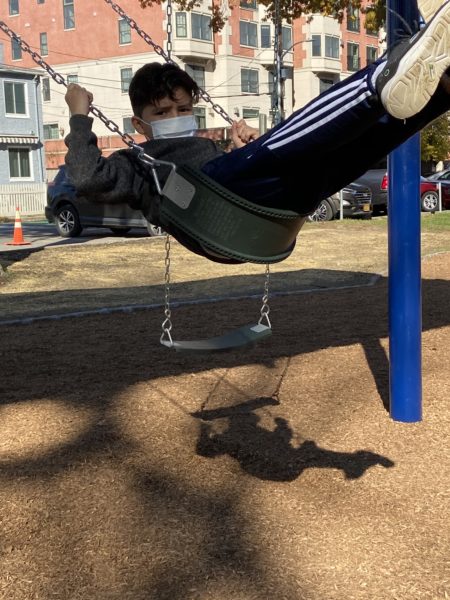 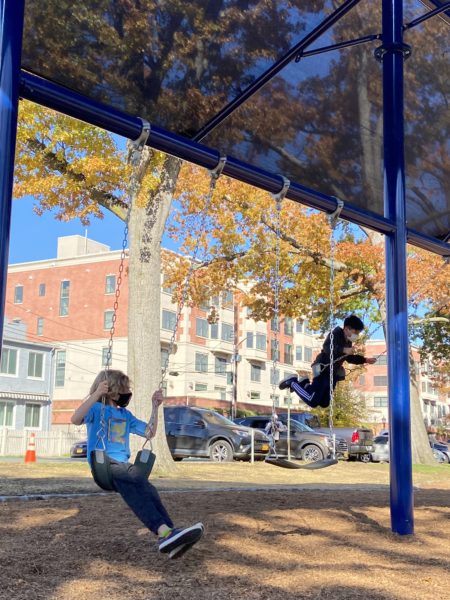 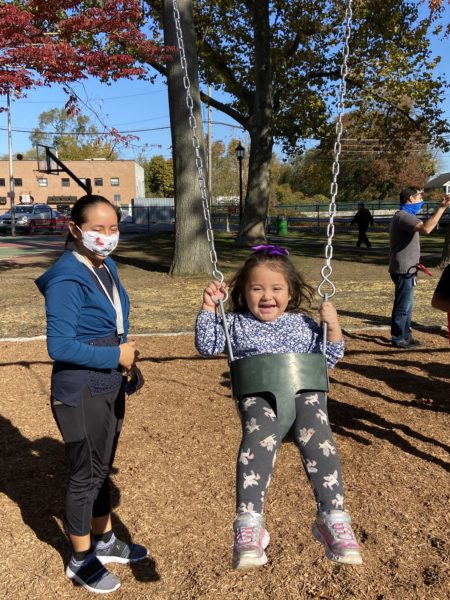 Samantha Giorgio and three other Iona College students studying Business in Contemporary Society helped research and create the park improvement plan. “It was really nice to connect with the community. Overall it is a really fun experience to be here and see how you all collaborate together for the benefit of the community,” Giorgio said.

Jirandy Martinez, Executive Director of The Community Resource Center, who grew up in Mamaroneck says she had not noticed the lack of swings in the park until the one parent mentioned it. It was Martinez who then reached out to community groups and the Iona College students. “This is about people power and for one person to understand they have the power to say ‘I want this in my community” and say it without fear, say it without reservation and for the community to put it together so nicely that’s people power,” said Martinez.