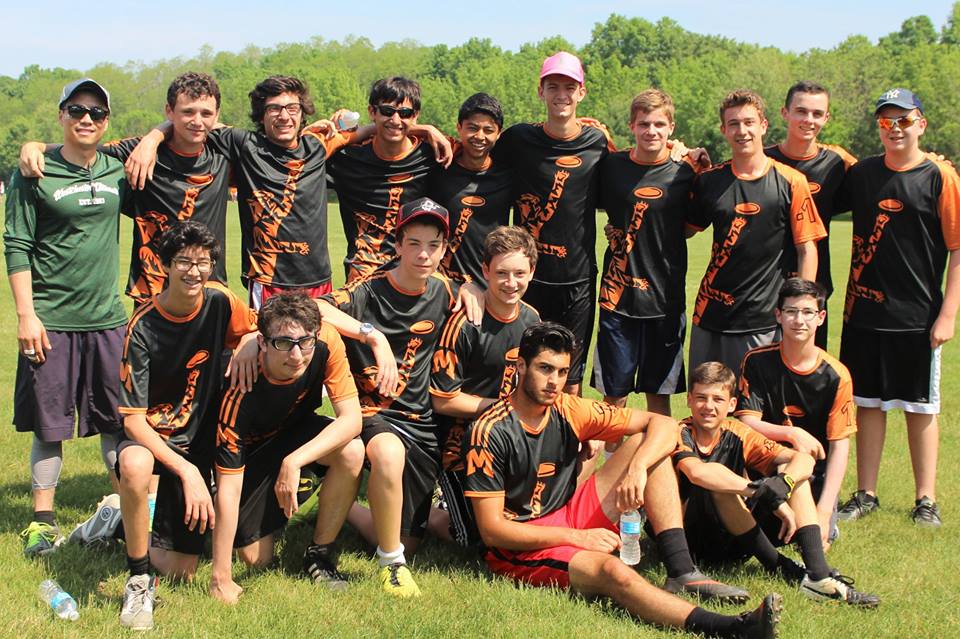 For the second consecutive year, a Mamaroneck High School lacrosse player has been named an All-American.
Reed Malas was an All-American last year, and Eric Greenberg was one of two Southern Westchester players to make it this year.  He was the MVP of Mamaroneck’s win and will be playing at Lehigh next year.
And….
Congratulations to the Mamaroneck High School Ultimate Frisbee Team (above) on their sixth place finish at States. They played some of the best teams in the state; even their losses were close games, some lost by only a point. This amazing team is organized and led entirely by students. Good luck to all the seniors!
(from Tami Burks)
First time here? Please... subscribe to our newsletter!
Welcome back! Please subscribe to our newsletter!   Just click here.

Congrats to Eric Greenberg and the several Mamaroneck All Section and All League selections. Great job for MHS Lacrosse!