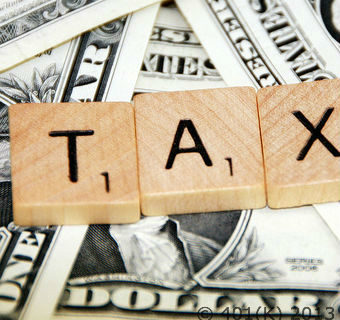 The Mamaroneck Schools Superintendent and the Board of Education say they will not be establishing a charitable fund to offer taxpayers the opportunity to reduce tax liability by up to 95% of the donated amount.

President Trump’s Federal Tax Reform Act, that was signed into law last December, significantly reduced property owners’ ability to use state and local taxes as itemized deductions on individual income tax returns. In response, the 2018-19 New York State budget included a provision allowing school districts the opportunity to establish charitable funds and give property tax credits for taxpayers that contribute to the fund.

“Based on two significant concerns,” District Superintendent Robert Shaps writes in an email to district parents, “the District will not establish a charitable fund at this time.”

The District cites a state requirement that “no goods or services [are] provided in exchange for [a] donation.”  The District determined the Internal Revenue Service will take the position that a taxpayer has received a good or service in exchange for the donation with property tax credits and subsequent reduction in the taxpayer’s tax liability.

Secondly, it is the opinion of he District’s counsel that the IRS will not treat contributions to a charitable fund as charitable contributions for federal income tax purposes. Should the deductions be disallowed, penalties and interest could result.

The Superintendent writes in the coming months “we will revisit the option of establishing a charitable fund and share additional information with the community.”

What about those of us with no children in the school district? We did not receive an e-mail and were not consulted. Also, the position that “Internal Revenue Service will take the position that a taxpayer has received a good or service in exchange for the donation with property tax credits and subsequent reduction in the taxpayer’s tax liability” is nonsensical. It is not like giving to the American Cancer Society and getting a hat. We are not getting a good or a service under any definition under the Code. Also, when I do give to the American Cancer Society, my tax liability gets reduced. It is considerate of the District to want to protect me from possible penalties and interest, but last time I looked, Dr. Shaps was not my tax advisor. Looks like a coverup for the District being lazy and not wanting to set it up.

The Superintendent and School Board appear to substitute their judgement for that of individual taxpayers who are empowered to make decisions for themselves. What happened to the purpose of a school system was to educate?