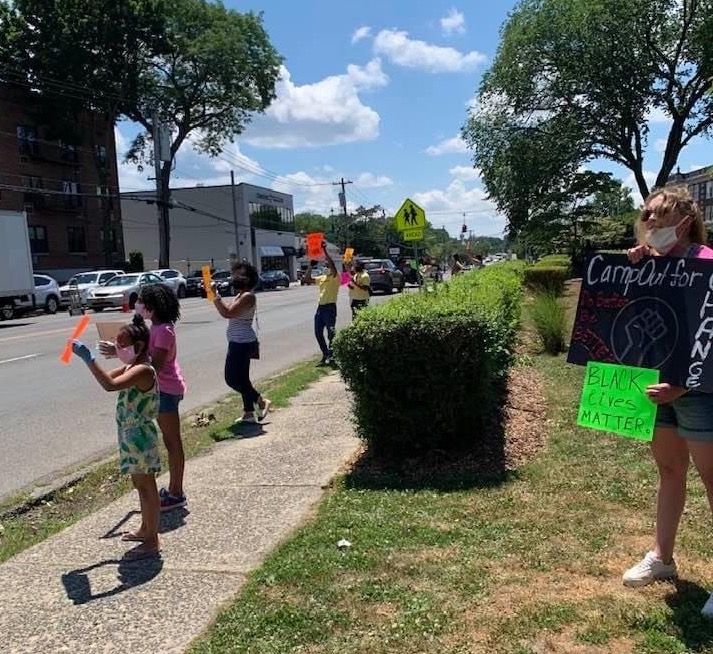 A small group of protesters at Mamaroneck High School Monday represent the latest effort to call attention to reported racism in the Mamaroneck School District, and the call for the resignations of Superintendent Robert Shaps, School Board President Paul Bulova and School Board Member Steve Warner.

Mamaroneck High School alumna Aileen Morales organized the latest effort and some protesters vowed to camp out on school grounds until their demands are met. They want bias training for schools’ staff, racially sensitive curriculum for students, a reallocation of the school’s budget for students in need and the resignations.

Over 10,600 signatures have been gathered on a petition demanding the resignations of Shaps, Bulova and Warner.

The School District is facing a federal civil rights lawsuit on behalf of two former students  “for their indifference to years of racial harassment.”

theLoop has reached out to Bulova for comment. Previously, the District issued a written statement saying,  “We encourage students to use their voices to express themselves and respect their right to protest peacefully. We are committed to engaging students in open, honest, and difficult conversations to address issues of racism and bias.”