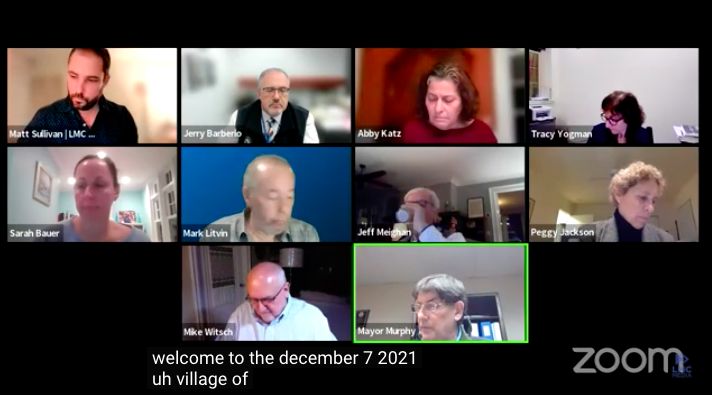 Mamaroneck Mayor Tom Murphy essentially told the neighboring Village of Larchmont to hit the bricks when it comes to bargaining with area cable providers over franchise fees.

“It doesn’t behoove me to negotiate with Larchmont if they’re not going to be part of the grander scheme,” he said Wednesday evening.

He was referring to the smaller village’s insistence on keeping all of its collected franchise fees for itself rather than participating in the agreement that has directly funded local community broadcasting in our area since the early 80’s.

Larchmont last month abruptly announced its intention to withdraw from the arrangement claiming the move was intended to increase transparency in the use of the funds. But Murphy says Larchmont has been intentionally vague about its deliberations on the Cable agreement which took place during trustee work sessions most residents were unaware of. “I’ve heard the word ‘opaque’ from Larchmont,” he said” but it seems none of your decisions happen in the open.”

Murphy, representing the Village of Mamaroneck, was chairing the Tri-Municipal Cable TV Board of Control along with Town of Mamaroneck Trustee Abby Katz and Larchmont Village Trustee Sarah Bauer.  Bauer responded that the un-televised work sessions “are open to the public. Anybody can participate,” she said.  Murphy scoffed noting the meetings take place in a small conference room at Village Hall without significant public participation.

In freezing Larchmont out of future negotiations, Murphy told Bauer, “I think you’re going to use our populations to better your deal. I’m not one to give away the gravy.”

Another Board of Control meeting is schedule for March but Town of Mamaroneck Trustee Abby Katz wondered aloud if “we still exist.”

You raise an interesting point. We’re told that funds from the three municipalities are divided by population and that there is no breakdown within the communities. Larchmont currently gets 17% of the amount collected based on those population figures. Its possible the dollar amount could change if the village breaks out on its own. We will raise the issue with the interested parties as we continue to report on the matter. Also of interest we learned this week that franchise fees from Verizon ACTUALLY INCREASED during 2020. That may be a function of the pandemic lockdown or of customers switching from Cablevision to Verizon, but it surprised everyone.

Instead of citing relative population data, isn’t it more relevant to provide the relative dollars contributed by each of the LMCTV funding matter (which this is all about)?

To all other readers of the Loop (which I love),

The cable bundle (i.e., the source of the funds from CableVision/ Verizon to each of the VOL/VOM/TOM) is going the way of the do-do bird.

And so with it will be the dollars for the three municipalities to fund LMCTV as they have in the past with the cable franchise fees.

The three municipalities need to address an existential threat and only VOL is ringing the alarm; the other two “partners” have their heads in the sand; Ostrich-style.

When will you address being on retainer for local politicians as a media consultant? I saw the post in another article. Polly and us all deserve transparency on this or your coverage is in question. If you are taking money from political parties, shouldn’t your reports be op-eds with a disclaimer? As a journalist now more than ever shouldn’t we embrace the ethical code? I’m troubled by the silence. Please fix this. Thank you.

Happy to “fix this.”
You’re wrong. The most recent work I did with any local politician was Westchester County Legislator Catherine Parker’s run for Congress. Before that I worked for Peekskill City Judge Melissa Loehr who is now a Westchester County Judge. I would recuse myself from any story in which I had a conflict of interest. The ethical code is intact. I sign my work. Although ad hominem attacks are popular lately let’s sick to the substance of the journalism. Facts matter.