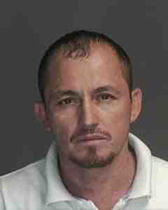 From the Office of Westchester County District Attorney Anthony A. Scarpino, Jr.

Luis Ortiz, 50, of Mamaroneck pled guilty on October 3, to one count Sexual Conduct Against a Child in the First Degree, a class “B” Violent Felony.

The defendant had been extradited from Guatemala in May of this year and returned to Mamaroneck Village Court on a bench warrant issued in 1998 when he failed to appear on two felony complaints.

On Nov. 9, 1998, the then five year old victim told her mother that the defendant had sexually abused her while she was in the defendant’s home the previous weekend. That same day the victim’s mother filed a report with the Village of Mamaroneck Police Department. The defendant was arrested two days later on Nov. 11, 1998 and charged with Sexual Abuse in the First Degree after admitting to sexually abusing the child that weekend.

Ortiz was arraigned on the charge in the Mamaroneck Village Court and bail was set at $25,000, however that amount was reduced by a County Court judge to $5,000.

On Dec. 1, 1998, during a forensic interview of the child, she disclosed additional information which indicated the defendant had engaged in several more serious sexual assaults against the child over a period of months, and the defendant was thereafter charged with Course of Sexual Conduct Against a Child in the First Degree. The crimes are alleged to have occurred between March 1, 1998 and Nov. 8, 1998 when the victim was being babysat by the defendant’s wife at their home in Mamaroneck.

He was arraigned on the new charges in Mamaroneck Village Court and this time bail was set at $50,000. After the bail was reduced in County Court to $10,000, the defendant made bail on Dec. 10, 1999. He failed to appear at his two next scheduled court dates and on

On March 7, 2000, the Westchester County District Attorney’s Office requested that a Red Notice, an international alert, be issued by Interpol. Extensive paperwork was filed which included a statement of facts and an agreement to extradite the defendant in the event he was ever located.

On July 5, 2000, law enforcement received a tip that the defendant had been seen in El Salvador but local police were unable to locate him. Because the defendant is a citizen of that country, efforts to locate him were concentrated there.

In 2012, the US Marshall’s Service obtained information that the defendant was in Guatemala living under an assumed name. U.S. Marshalls contacted the Department of State which requested that the Guatemalan authorities obtain a provisional arrest warrant from Guatemalan Courts. The provisional arrest warrant was obtained and the defendant was apprehended in Guatemala in Aug. of 2016 by members of the Diplomatic Security Service of the State Department and the U.S. Marshall’s Service.

After exhausting attempts to avoid extradition, he was returned to the United States by federal law enforcement agents and turned over to Mamaroneck Village detectives at JFK Airport on Wednesday night, May 3, 2017. He appeared in Mamaroneck Village Court and was remanded by Judge Gallagher.

He faces a maximum possible sentence of 25 years in state prison.