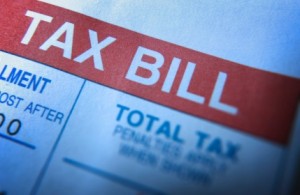 The Villages of Mamaroneck and Larchmont now officially have 2011-12 budgets following their separate approvals by the Boards of Trustees in both municipalities Monday night.

In Mamaroneck, trustees approved their village’s $29.8 million budget by a vote of 4-1.

Mayor Norman Rosenblum voted against the budget, saying that 4.58% tax increase, which will cost the average village homeowner an additional $194 per year,  is too high.

Earlier, trustees defeated Rosenblum’s proposal to move $400,000 from the Village’s “undesignated,” or rainy day, fund which would have helped lower the tax burden on homeowners, he said.

“I voted against this budget based upon the fact that I believe the proper increase should have been 1.33%,” Rosenblum said.

“Simply, it is my belief that the taxpayer has a better idea of how to spend their money than to let it be held by their local government and assist them in maintaining their homes and lifestyles that they chose,” he said.

The budget does not provide for filling two Village vacancies – including one in the police department, which effectively reduces the number of officers.

Meanwhile, Village of Larchmont trustees unanimously approved that municipality’s $16 million budget, which will cost the average homeowner an additional $170 per year.

Although Mamaroneck’s budget underwent considerable revisions – the initial proposal called for a 5.95% tax increase – the Larchmont budget was approved as originally proposed.