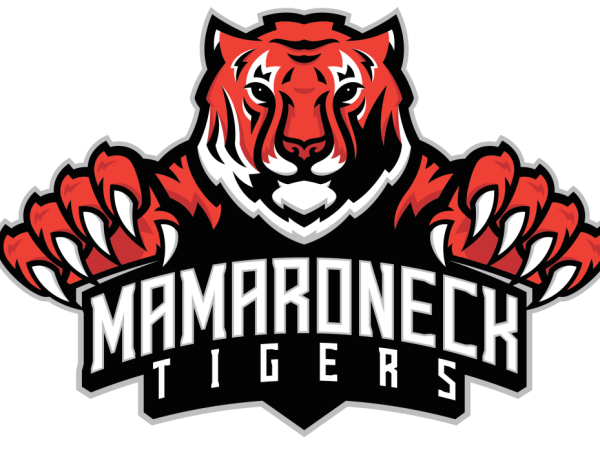 Hockey and Basketball on Top

Mamaroneck Hockey shut out Rye, New Rochelle and Pearl River and hasn’t looked back.
Will Arbo had 2 goals and 1 assist in a 5-0 win over Rye this past Wednesday. Tommy Spero made 19 saves for the shutout.
Will Payne had a hat-trick and freshman Harrison Schreiber added 1 goal and 2 assists in a 8-0 win over New Rochelle on Friday night.
Harrison Schreiber had 2 goals and 1 assist and Alex Ewald and James Torre both had 1 goal and 2 assists in the Tigers’ 9-3 win over Pearl River on Saturday night.
Tigers Hockey returns to action this Friday (1/22) at 5:30pm at home against state-ranked Pelham.
In Basketball–the Tigers boys basketball team won the 19th annual Tiger tournament in exciting fashion this past weekend.
After dispatching Rye Neck with ease on Friday night, winning 74-40, the Tigers set up a showdown against Rye, one of the best team’s in Class A this season, who had taken care of Hamilton to earn their place in the title game.
The game – an absolute classic – will be remembered for a long time. After back and forth action, it looked like Rye was poised to pull away when they went up 64-57 with under 4 minutes left in the game. However, the Tigers came roaring back with seven straight points, capped by an Emerson Genovese and-1, to tie the game at 64. After a defensive stand by the Tigers on the final possession of regulation, the game headed to overtime, tied at 66.
In the first overtime, the Tigers jumped out to an early lead off of a Miles Haughton 3-pointer, but once again found themselves down on the scoreboard with time winding down. Coming up clutch again, Emerson Genovese knocked down a jumper to tie the game at 73, and the Mamaroneck defense held strong, denying Rye a chance to win the game on the final possession of the first overtime, sending the teams to a second OT.
The Tigers were determined to end the game in the second OT, and pulled away from the Garnets behind some clutch free throw shooting, eventually winning 85-79.
Tournament MVP Miles Haughton was the star of the night, dropping 40 of the team’s 85 points. Genovese added 16 points, and sophomore Isaiah Thomas scored 15 points.
2016 marked the first year Mamaroneck had won the tournament since 2012.
First time here? Please... subscribe to our newsletter!
Welcome back! Please subscribe to our newsletter!   Just click here.