A group of parents in the Mamaroneck School District is mobilizing in an attempt to rid the District of new devices in the ventilation systems in all 6 of the District’s schools.

Known as Needle Point Bipolar Ionization (NPBI), the technology was implemented to improve the air quality in schools to reduce the risk of transmission of Covid-19.

But parents say their own research shows this technology can generate ozone, formaldehyde and other particles from reactions with volatile organic compounds.

An NPBI device claims to work “by creating ions that glom onto other particles making them bigger for filters to catch. Ions are the building blocks of other particles and are known to move deep into the lungs and cause health issues,” according to a power point presentation prepared and distributed by the group.

The company that makes NPBI says, in a press release, “Needlepoint bipolar ionization works to safely clean indoor air, leveraging an electronic charge to create a high concentration of positive and negative ions… This sets in motion a continuous pattern of particle combination. As these particles become larger, they are eliminated from the air more rapidly.”

“That’s like believing Philips Morris when they said that smoking was safe and didn’t cause cancer,” say the parents in their presentation.

A report by a Task Force of the Medical Journal The Lancet concludes there is “potential for degrading the quality of the air through the generation of harmful secondary pollutants.”

The New York State Children’s Environmental Health Center at the Icahn School of Medicine at Mount Sinai Hospital writes, “Given the lack of safety data and evidence supporting
the efficacy of NPBI in the prevention of COVID-19 transmission in school settings, we recommend against the use of these systems at this time.”

The parents are calling on the Mamaroneck School Board to disable and remove the devices in favor of portable HEPA air cleaners in each classroom, “like every other school district in Southern Westchester, says  Danielle Robles, who has two children at Mamaroneck Avenue School (MAS).

Members of the group say they have reached out to the School Board via email and at recent meetings, and provided research and expert letters.

“The board is largely dismissing the science and dismissing us,” says Danielle Robles.

theLoop reached out to Mamaroneck Schools Superintendent Robert Shaps for comment late Tuesday, but has not heard back. If the Superintendent replies, we will update this story.

“It is dismaying that our children’s safety falls on the shoulders of a concerned parent trying to rally an entire district with knowledge and science.” says Melanie Fernandez, who has a daughter at MAS.

The group plans a 20 minute zoom meeting with parents Wednesday night at 8:00 pm. For information on how to join, email danielle.robles@gmail.com .

We are a small business in Larchmont and we offer a safe and maintenance feee solution! Aerus Electrolux is an authorized dealer of ActivePure Technology which is a revolutionary air and surface purification technology proven to reduce pathogens and contaminants. You can visit our store at 135 Larchmont Avenue to see the product. Or we could set up a demo.
Gives a call now to to do an air particle check at 914-834-9540 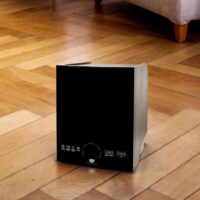 Before you commit, i have a better solution

Actually that device does not work. I use a better device for my school clients designed by NASA. It is used in hospitals the international space station and we just installed it at the ground zero museum in NYC.

The technology we carry is safe to run 24/7 and safe for children kills 99.9% of contaminants including COVID/SARS and all strains.

Call me if interested 914 336 2909. I would love to setup a meeting and introduce an alternative so you may make an educated decision. No committment just information sharing.

I can provide product information case studies etc for your committee