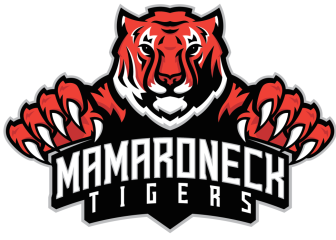 One year removed from dog-piling on top of each other on the infield grass at Palisades Credit Union Park (formerly known as Provident Bank Park), the Mamaroneck Varsity Baseball team will have the chance to do it all over again this Saturday.

That’s because, in the past five days, the Tigers have dispatched Port Chester, Mahopac, and North Rockland from the Section 1 playoffs.

Wednesday, it was North Rockland’s turn to exit.

However, the Tigers would have the last laugh, again, this season, defeating North Rockland 6-1.

Mamaroneck opened the scoring in the top of the second inning when Mark Adamo sent a ball to the fence in left-center field for a 2-RBI double. Later in the inning, after North Rockland decided to intentionally walk Peter Matt, Brian Knapp drove one to the fence in center field, just past the reach of an outstretched center fielder, scoring two more runs for the Tigers; that was more than enough run support for Truman Devitt.

The junior right hander had to work out of trouble in the first two innings, unable to locate his pitches effectively. After that, though, it was smooth sailing, as Devitt threw a complete game three-hitter on 96 pitches, giving up zero earned runs while striking out six.

The finals, which will be a rematch of last year’s sectional final against Roy C. Ketcham, will be played on Saturday night at 8pm at Palisades Credit Union Park.

Mamaroneck will have last year’s state title game-winning pitcher, Bill Flatow, on the mound, hoping he can bring them one step closer to Binghamton.