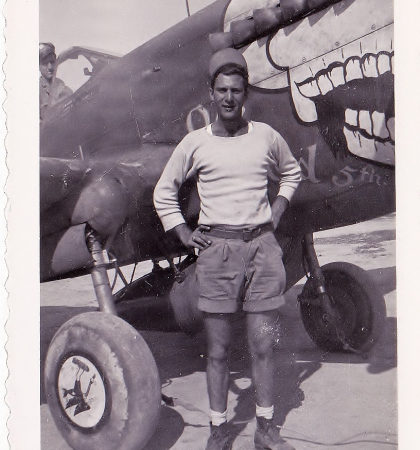 As fireworks arc and bloom over the waters facing the Westchester Sound Shore this holiday some of our neighbors are preparing to resume the search for a hidden mystery beneath the surface: a World War Two era plane with the remains of two US servicemen onboard.

It was common to hear the drone of military aircraft over Long Island Sound in those first years after World War Two so no one really took much notice that weekend night in August, 1947 when the single engine training craft passed over Glen Cove, New York and headed toward the brightly lit rides at Rye Playland. 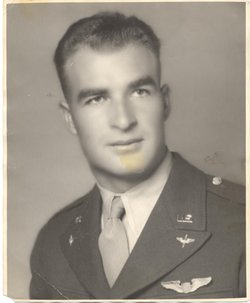 The AT-6 Trainer had taken off late Saturday night from Mitchell Field on Long Island with a genuine American war hero at the controls.

27 year-old Major Owen Allred was in command, Corporal Harold Polplett was observing from the passenger seat.  Allred gained national attention during World War Two as an early practitioner of close-contact precision bombing in support of US troops in Burma.  His unit, The Burma Banshees, flew fiercely decorated P-40 fighter-bombers with snarling death’s heads painted on their noses; They descended on the retreating Japanese with screeching air-sirens on their underside terrorizing the enemy with what became known as the “Banshee Wail.” Allred was still in the service in 1947 although on “detached” status attending classes at Rutgers University in New Brunswick.  He was flying the trainer to keep his rating current.  It is not known what kind of maneuver he was attempting when the trainer began to break apart.  Witnesses first noticed the plane as it was plummeting toward the water.

News reports at the time quote an employee at a Long Island yacht club as seeing the plane go down near Mantinicock Point on the Long Island side. Three other witnesses told police in Greenwich, CT.  they saw it in the water before it sank.  A search by Coast Guard and Navy crews turned up nothing. Neither the wreckage of the plane, nor the bodies of the two men on board was ever found.  72 years later the search continues.

Mamaroneck businessman Bob Contreras has been looking for the Allred wreckage for the best part of the past decade.  He knew of the Banshees from his father’s war stories; Walter Contreras had been a mechanic in Burma during the war and Bob treasured the black and white photo of his father standing with one of the planes he maintained with that distinctive death’s head emblem on the nose.

Bob knew Major Allred had been his father’s commander and when Walter passed away in 1984 his son was stunned to discover that the famed airman his father served under had vanished in the waters near his Westchester County home. It seemed like more than a coincidence. The younger Contreras felt like he’d be given a mission.

At first Bob decided to find Major Allred on his own.  He invested hundreds of thousands of dollars on underwater search equipment and a 45-foot boat he uses exclusively for the project.

“I want to find him and help get his remains to Arlington (National Cemetery) where they belong,” he told me at the time.

I accompanied Bob on one of those tedious trips six years ago.  July 5th, 2013 was spent slowly towing magnetometer and sonar devices along the shore just off Rye on the Westchester side of the Sound.  We watched a map of the project expand slowly on computer screens without any targets presenting themselves.  Months later he brought divers with him to investigate a promising underwater object without success.

Enter Ohio filmmaker Mike Edwards.  Just as Bob was wondering if he had enough time and energy to complete his task Edwards, who had done a documentary about missing heroes at the Battle of the Bulge, suggested he might be able to get some help. Edwards tells us “I’m checking with sources in the US military who are intrigued by the Allred story. They might be willing to assist us in recovering the plane and the remains.” There are, in fact, several government vessels in and around New York Harbor capable of conducting a search of this kind.  Edwards said “Right now, we’re optimistic we can get this accomplished.”

If they had survived, Allred and Poplett would be in their 90’s now. It’s difficult to fully appreciate how much the war hero accomplished at an impossibly young age.  To this day he is regarded as “the Godfather of Precision Bombing.”

Preparing to watch fireworks light up the night over Long Island Sound 71 years later, Bob Contreras says he still can’t help but view the vista as a graveyard as well as a waterway.  His mission is not over.  “I can’t do this by myself, but Major Allred and Corporal Poplett deserve to be found,” he says simply.  “It’s been long enough.  I want to do this for my father.”