Spoken Interludes literary salon kicks off its 2012 season on Tuesday, March 27th at 6 pm with a great line-up of three critically-acclaimed best-selling authors.

We wrote about Spoken Interludes back in January.

“Ask yourself who, in all the world, would be the best novelist to imagine being Rasputin’s daughter. Kathryn Harrison makes the answer obvious. Her Enchantments is a stupendous work of historical imagination.” —Peter Carey

“[A] dazzling return to historical fiction . . . Harrison will attract fans and new readers . . . with this bewitching historical novel about the infamous demise of a legendary dynasty. . . . Harrison sets historic facts like jewels in this intricately fashioned work of exalted empathy and imagination, a literary Fabergé egg.” —Booklist starred review

Praise for The Arrogant Years: One Girl’s Search for Her Lost Youth, from Cairo to Brooklyn:

“The Arrogant Years is a paragon of memoir writing, a story about the complex swirl of people and events and forces out of which individual lives are made — some, like Ms. Lagnado’s, more painfully, but also more fully, than others.” —New York Times 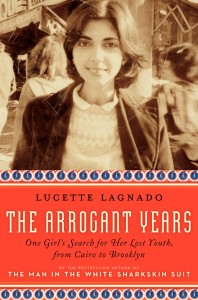 Praise for The Flame Alphabet:

“Ben Marcus is the rarest kind of writer: a necessary one. It’s become impossible to imagine the literary world—the world itself—without his daring, mind-bending and heartbreaking writing.” —Jonathan Safran Foer

“As I read The Flame Alphabet, late into the night, feverishly turning the pages, I felt myself, increasingly, in the presence of the classic.” —Michael Chabon

Chutney Masala will take cash or checks at the door, but the Riverview bar can only take cash. The bookseller can take cash, check, or credit card.

Books sold by The Village Bookstore of Pleasantville