Hollywood all Around Us: Should New Rochelle Street be Renamed for Dick Van Dyke? 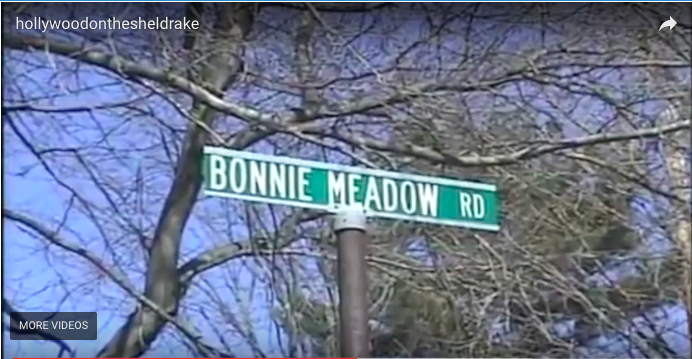 Every once in a while, we trot out this “Celebrity Tour” video produced by theLoop, but now we have a real reason. Here you will learn about a little street in New Rochelle. That street may soon be renamed “Dick van Dyke” way.

NEW ROCHELLE – The Petrie family famously made their home at 148 Bonnie Meadow Road on “The Dick Van Dyke Show” in the 1960s, and now their “neighbors” want to honor the show’s history by renaming the street.

A petition was submitted to the city earlier this month to attach a secondary honorary name to Bonnie Meadow Road, a quiet residential street off Grand Boulevard on the north end that played host to Rob and Laura Petrie’s fictional home on the acclaimed CBS show.

You are amazing!
I’m lying on a hammock in Puerto Morelos just checking my mail!
What a perfect treat!
Judy

Great little film, Polly and Maura! And just for some trivia, the opening clip that you showed, from The Dick Van Dyke show where the car is leaving the driveway, was filmed on Bayberry Lane in New Rochelle!

Well Done…..audio could be better.

This short film is wonderful. Thank you.

All the shorts on Loop TV are terrific.
Is there any way one can download them?

0
Reply
Previous articleSummer Movie Nights at the Emelin, Mamaroneck
Next articleHow Did Larchmont Boat End Up on New Jersey Highway?