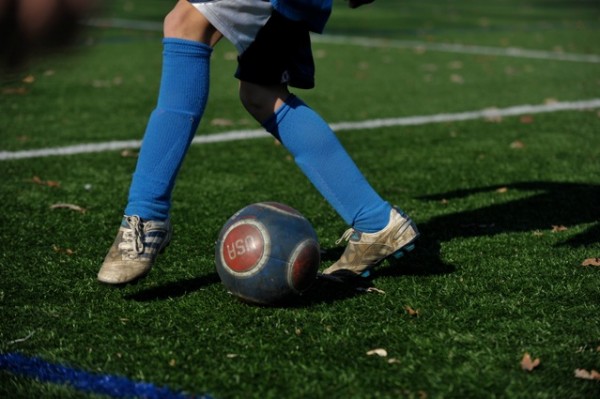 theLoop received a Letter to the Editor from a reader claiming the Mamaroneck Junior Soccer League (MJSL) engaged in “disrespectful and abusive behavior” against a team from Fox Lane recently.

We asked MJSL for a response, which you can see below it.

On Saturday night Mamaroneck FC 93 played Fox Lane FC Best Friends in soccer at The Armonk Indoor Soccer League winning the game 5-1 and also a place in the Hall of Shame along with their coach and some of the parents.

During an intense game the coach of the Mamaroneck team resorted to a play of verbal attacks on the Fox Lane players and their coach, even promising one of the players, “I’ll see you after the game…”

In this country we live by rules and the golden rule for any sport is respect.  On Saturday, the Mamaroneck coach failed on every bullet point in the Code of Ethics.  The ultimate offense came when his players refused the traditional team handshakes after the game.  Where’s the leadership and sportsmanship?

The disrespectful and abusive behavior exhibited throughout the game by the Mamaroneck coach only incited the players which, not surprisingly, led to a melee after the game.   What was surprising, however, was the conduct of some of the parents who asserted their own aggression on their defenseless opponents that were half their size.  How absurd!

It’s unfortunate that coaches and parents can’t get red-carded like the players because for sure the Mamaroneck team coach and a few parents would have earned the shame and disgrace.  Such behavior undermines the integrity of the game and sets a bad precedent.  Threatening to “Kick their asses [Fox Lane players]… and f*ck them up,” as the Mamaroneck team coach vowed to do, is beyond belief.

The behavior of the Mamaroneck team and their coach has no place in American sports and they should not be allowed to continue playing with impunity.  Lets keep our kids’ games fun and safe and out of the control of unqualified, irresponsible and violent adults.

The leadership of the Mamaroneck Junior Soccer League (MJSL) has undertaken a comprehensive investigation into the accusations of a parent of the Fox Lane FC Best Friends against our community’s FC 93 team, which has an excellent reputation on and off the soccer field.

As part of this investigation, the MJSL has sought information about the game in question from independent representatives of the Armonk Indoor Soccer League; the referee; and spectators of the match.

While this investigation is continuing, the facts that the MJSL has uncovered thus far contradict the damaging allegations of the parent of the FC Best Friends. The FC 93 coach specifically refutes the notion that he in any way threatened the opposing players and parents.

According to FIFA’s Law 12 related to Fouls and Misconduct, “the referee of a game has the authority to take disciplinary sanctions from the moment he enters the field of play until he leaves the field of play after the final whistle”. The MJSL has learned that the independent referee of the match in question issued no yellow or red cards to the FC 93 players; coaches or parents, despite their alleged inappropriate conduct.

To be clear, the MJSL and its numerous travel soccer teams place a high priority and have an excellent track-record in sportsmanship. The MJSL considers any allegations of un-sportsmanship-like behavior seriously and will continue to investigate those of a parent of the Fox Lane FC Best Friends in a thorough and diligent manner.

Now can we put a stake through the heart of “Sports builds character”? Yet another example of the fine characters produced therefrom.

When can we expect a report on what happened at this game? Something seems to have happened there.

I don’t think being rich was a prerequisite to the accusation. I’m a parent who was at the game and witnessed a couple of parents confronting the Fox Lane team’s coach with verbal assaults. These parents appeared far more hostile to me than their own players. The only thing I find conflicting about what happened is that adult parents aren’t supposed to behave in the manner I saw them.

Everyone is so quick to condem the rich and coaches. Let’s wait to see what the investigation finds out. There seems to be some conflicting accounts

Regardless of the poor behavior by the players on the field, the refusal of the Mamaroneck team to shake hands with the Fox Lane Team at the end of the game displayed poor judgement on the part of the Mamaroneck coaches.

Unfortunately, and far too often, I have been witness to coaches violating their responsibility by encouraging, condoning and tolerating unsportsmanship-like behavior by their teams players. Although recording games will provide evidence of misconduct, what any sport team needs is professional coaches who stress sportsmanship over winning.

My suggestion is to film the soccer games with a cell phone or any visual media. We could then witness the behavior of any bad sportsmanship of the coaches or parents.

Presumably one of the results of being in the 1% with expensive school systems that don’t educate students, parents or teachers other than to do whatever it takes to get what you want regardless of others.