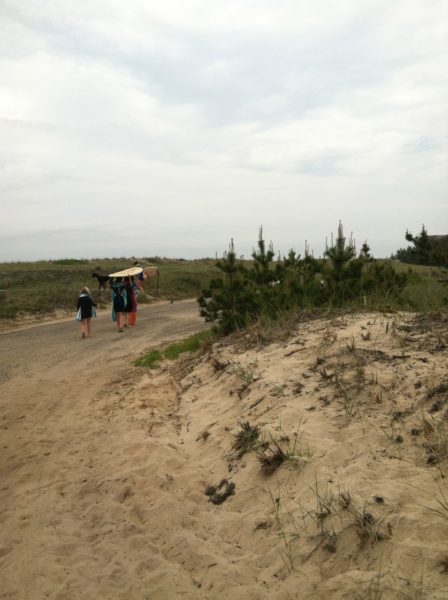 MAMARONECK– It’s your child’s Senior prom. After the prom, most of the students in the class are going off, unsupervised, to a rental house for the weekend. Some to the Catskills, some to the Hamptons.  You aren’t sure this is such a great idea, but “all my friends are going!”

And the money. Some parents are willing to spend hundreds more for this weekend for their child. Your children’s friends’ parents, some of whom you’ve known since your child was in Kindergarten, are doing it. So you do, too. With dismay.

Your kid and his friends find a rental in the Hamptons. This one comes with bodyguards. And a bus to transport the kids from the High School after prom. And a lot of bizarre rules.

In the end, your child goes, has fun, comes home safe.

But now,  stories running in media across the area speak not only to those fears of many parents, but specifically, to that tradition among seniors at Mamaroneck High School and others.

A company called Hamptons and Sons,  apparently rented mansions in the Hamptons and then re- rented them for weekends to MHS students and teens from other schools.  The man behind the scheme is Lee Hnetinka, who was arraigned Friday on 59 charges, and faces several civil suits.

“Thank goodness we raised our kids right,” says one Larchmont woman, whose son was at one of Lee Hnetinka’s houses in Sag Harbor in June. “Because this guy is bad news. We’re lucky we came out unscathed.”

Mr. Hnetinka rented a total of seven Hamptons properties for various time periods under the guise of holding an extended family reunion. He then threw massive, extended post-prom and post graduation parties there and charged $350 per head to attend, even providing buses to transport students to the homes. Hoping to sneak by code enforcement (which was a spectacular failure), he supplied security guards he hired to “chaperone” the bashes with a how-to manuals.

Newsday reports the charges “ranged from unsafe conditions to transient rentals and renting without a permit. “

Well I’ve read three articles about this so far, and I still don’t know what he was indicted for (apparently there was an arraignment, but for what)? It sounds like a private ciivil dispute to me, and maybe a few noise violations. Basically, he subleased some houses and used them for parties. Maybe he shouldn’t have…but did anyone get hurt?

No one in our community got hurt. The bottom line is that he rented to underage children He wanted his money and the home to be safe. Bodyguards only cred about the homes. I am a parent that was succumbed to parental peer pressure. Just grateful that our kids are happy and safe. At the end of the day did they really need to rent a nine bedroom house to celebrate prom. This is a first world problem and I am embarrassed that I allowed our child to attend.

0
Reply
Previous articleMonday’s Opening Photo: After the Storm
Next articleWhich Came First? The Chickens or the Neighbors?