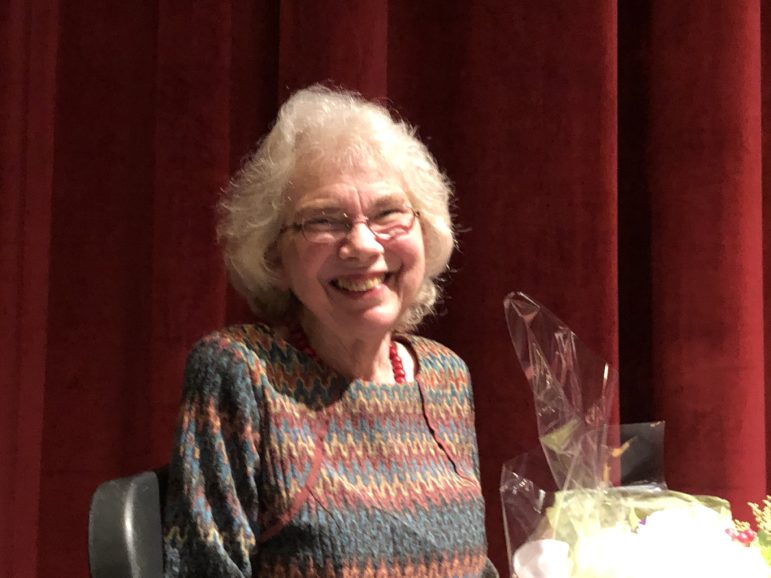 The former Social Studies Teacher was back at Hommocks Middle School Sunday to be honored for a lifetime of work.

Elizabeth Saenger fought the evils of mass incarceration and structural racism long before it became politically expedient.  She was a young teacher at Hommocks Middle School in 1973 when she helped the late Judge Joseph Clifford create a youth shelter for young men, mostly black, accused of crimes and awaiting trial.

The Youth Shelter Program of Westchester was an early attempt to address the reality that poor people accused of crimes are treated far more harshly than people of means.  The homelike 12 bed facility is located in Mount Vernon and offers defendants between the ages of 16 and 21 a place to wait for disposition of their cases.   She says she first saw the problems surrounding mass incarceration as a volunteer helping accused defendants make bail and find jobs when released. 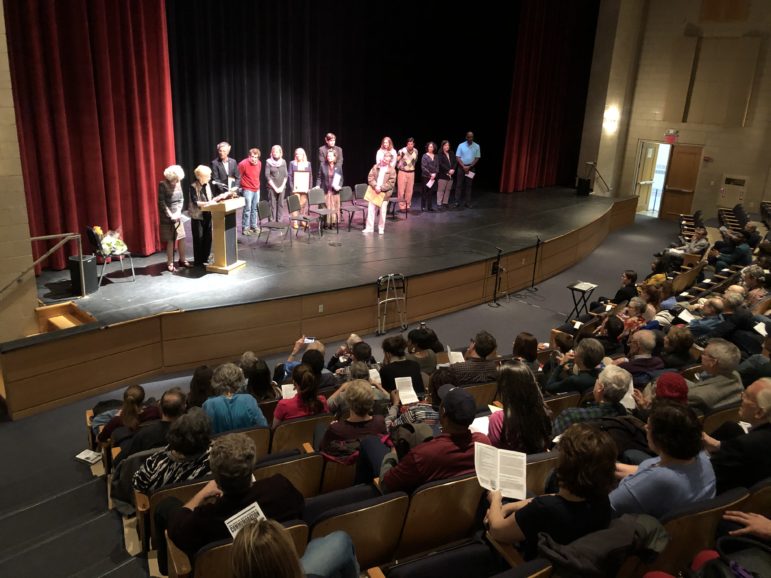 Saenger was honored Sunday by the Larchmont Mamaroneck Human Rights Committee with the MLK Jr Service Award for her work.  Village of Mamaroneck Mayor Tom Murphy called her “a force for good,” who has provided a moral compass for community leaders through the years.  He recalled her support when he was a lone voice resisting a crack down on immigrant laborers who assembled daily in the village looking for work.  “When she’s standing with you,” he told the audience at the Hommock’s Auditorium Sunday, “you know you’re doing the right thing.”

In addition to the MLK award,  Saenger also received proclamations from the Villages of Mamaroneck and Larchmont, the Town of Mamaroneck, and the Westchester County Board of Legislators.  Legislator Catherine Parker told the crowd that when she thinks of Elizabeth “the image that comes to mind is the statue of the young girl down on Wall Street facing the bull…..don’t let the exterior fool you.”

Saenger taught Social Studies at Hommocks until 1983 and Ethics at the Ethical Culture Fieldston Lower School from ’83 to 2007.  She has been active in Democratic Party politics, served on the board of The Washingtonville Housing Alliance in Mamaroneck, The Local Summit, and the Community Resource Center where she teaches English to recent immigrants.  She is also a long-time member of Westchester for Change which works for progressive social and political change.  Sunday’s ceremony was the 33rd annual Dr. Martin Luther King, Jr Commemoration celebrating people who “live the dream.”