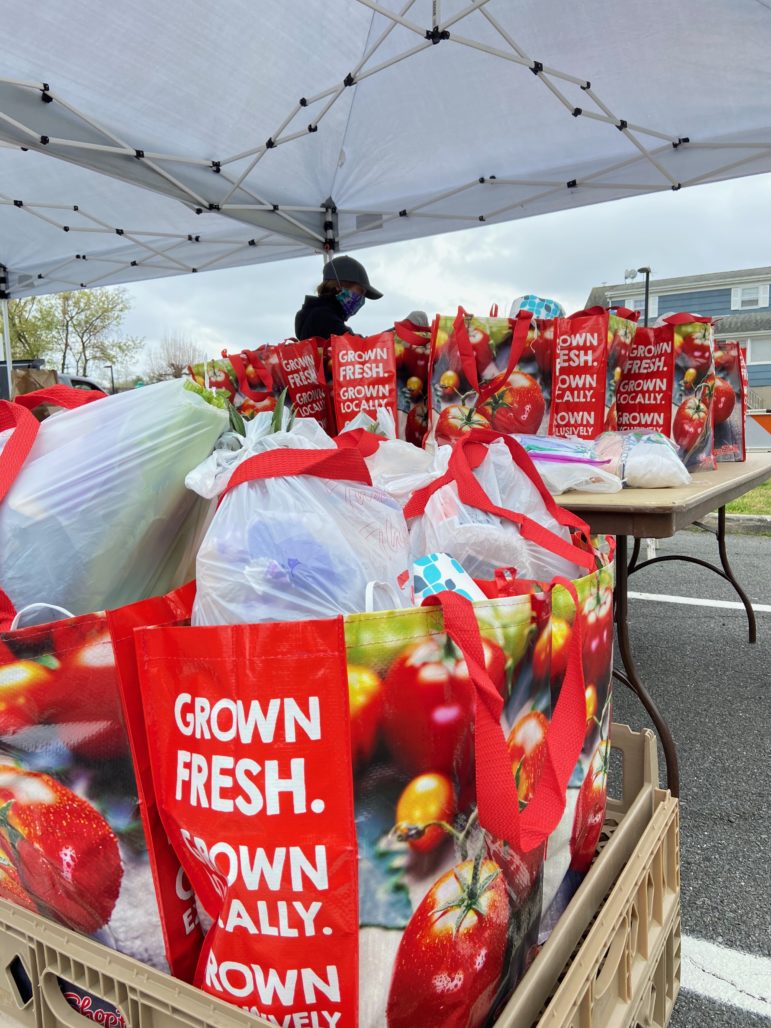 The number of hardship cases, struggling families in need of food in Mamaroneck and Larchmont has doubled in recent weeks as the economic adversity of the Covid-19 quarantine intensifies.

The need was painfully evident on Tuesday, in a torrential afternoon rainstorm, as some 600 families waited patiently to pick up simple bags of food. 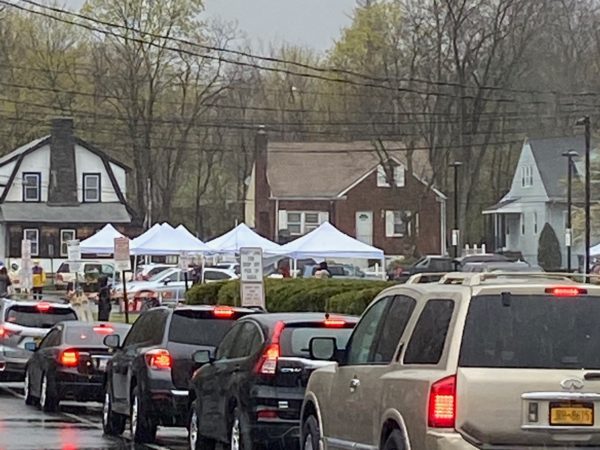 From early morning, dozens of volunteers with the Larchmont Mamaroneck Hunger Task Force sorted and bagged both fresh produce and non-perishable foods such as canned vegetables, beans, pasta, and rice. To assure safety for both clients and volunteers it was decided to hold a drive-through food distribution which allowed for mandated social distancing.

A line of vehicles wrapped around the block leading to the parking lot at Mamaroneck Avenue School. Some clients even braved the rainstorm and tornado warning arriving on foot or on bicycles. The sheer volume of traffic was a sobering site for organizers.

“Typically we would distribute to 360 households and make 60 home deliveries. Today we packed 600 bags of food and are prepared to make 70 home deliveries to seniors and those infirmed,” said Malcolm Frouman, President of the Larchmont Mamaroneck Hunger Task Force. It took two hours to hand out the food. Hunger Task Force staff accommodated those still in line with grocery store gift cards. Frouman says the need is so great, similar distributions may have to be held as often as once a week.

Hunger Task Force organizers say they now face the largest demands in their organization’s history.  In the first weeks of the quarantine food was delivered to 140 home bound residents and grocery store gift cards were mailed to the needy, but it soon became evident that wasn’t nearly enough.

As operations accelerate the Task Force asks for assistance from those who are able. “The best way to help us and the families we support during this difficult time is by making a cash donation to The Hunger Task Force,” Frouman said.  Individual food donations, while well intentioned, are discouraged because of logistic concerns.