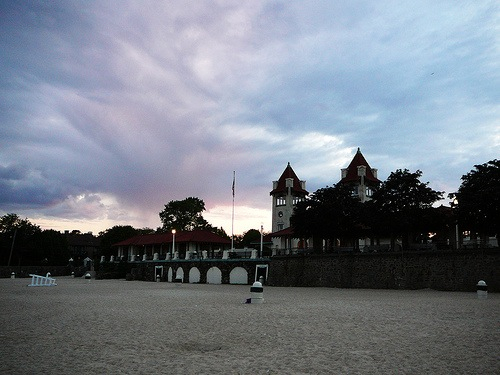 Rye Mayor Doug French answers some questions about the NY State Budget, and that of the City of Rye:

Doesn’t the New York State Property Tax Cap Legislation Limit the Tax Rate Increase at 2%?
No, the legislation is a cap on the tax levy, not the tax rate. Based on the formula supplied by the New York State (NYS) Comptroller’s office, the increase on the City’s $19.5M 2011 property tax levy is about $650,000 or a 3.3% in the tax rate. The State’s formula includes exemptions and growth rate adjustments to the levy. The proposed Rye City 2012 budget is under the NYS State Tax Cap and the Council is committed to identifying additional ways to further provide property tax relief while maintaining service levels and quality of life. From 2001 to 2009, the property tax levy grew from $10.3M to 19.1M or an average increase of $1.1M per year. The last two years, the increase in the property tax levy averaged only $157k per year.

Why is the Council Considering Tax Cap Override Legislation?
As part of the NY State Tax Cap legislation, each year prior to adopting its budget, each municipality must adopt (or not) local legislation that gives it the right to override the tax cap. Although the proposed budget is below the cap, the NYS Comptroller’s office suggests enacting the local override legislation as a precautionary step against errors in the tax cap calculations given that this is the first year of a five year process. The local passage will protect the City against potential penalties despite the fact that the adopted budget will be under the cap.

What is the Breakdown of the Tax Levy Increase?
The increase is made up of the continued drop in property values (3 years in a row) $97,000, New York State Employee Retirement expenses of $136,000, NYS Police and Fire Employee Retirement Expenses of $227,000, Retiree Health Insurance of $26,000, and higher Employee Health Insurance of $178,000. Pension reform in the near-term is unlikely so local municipalities will need to make fundamental shifts in how they operate in order to absorb the rising costs within a property tax cap world. Other categories such as salaries and wages, equipment, materials and supplies, and contractual costs, are flat or have declined slightly.

What are the Immediate Impacts of the Proposed Budget?
While the City has done incredible work in maintaining service levels during a down economy and holding the line on property taxes, the effects will be felt in 2012. There are no new capital improvement projects planned beyond the ones that have already been funded – although the Council will continue to look for money to conduct the feasibility study to expand the upper pond as part of the City’s flood mitigation plan. There will be no surplus revenues for the undesignated fund balance. With no increase in the $1.08M contribution to the Rye Free Reading Room, the library may need to close an additional day. Parking meter rates will go up from 75-cents per hour to $1 dollar per hour or 25-cents for 15-minutes. Other impacts could be felt in labor relations. The City is currently in labor arbitration with the Police Union with an expired contract from 2009, and negotiations have yet to begin on the expired 2009 contract with the Fire Department.

Is the City Planning on a Bond Referendum in 2012?
No determination has been made. The City has not invested in capital infrastructure in quite a long time and so starting in January, the Council will embark on a 9-month review with the community to assess the needs, timing and cost of a bond proposal that could include such things as road improvements and flood mitigation. Purchase Street for example has not been fully repaved since 1985.

Thank You for Your Public Service
I have been involved in Rye government for 25 years working on issues with candidates, council members, boards and subcommittees. I want to close my last article of the year by extending my thanks and appreciation for the public service of Councilwoman Paula Gamache. Few that I know of have contributed more to the City in terms of their expertise, ability to ask the right threshold questions and the resolve to make the tough decisions – particularly during one on the most challenging periods the City has faced. Paula, thank you.

Final adoption will be voted on by the Council on December 21st at 8:00 pm at Rye City Hall. For more information on these matters, visit the City of Rye Website at www.ryeny.gov or, please contact me, your City Council members or the City Manager. Mayor’s office hours will be at 7:30 pm on December 21st in the Mayor’s Conference room.