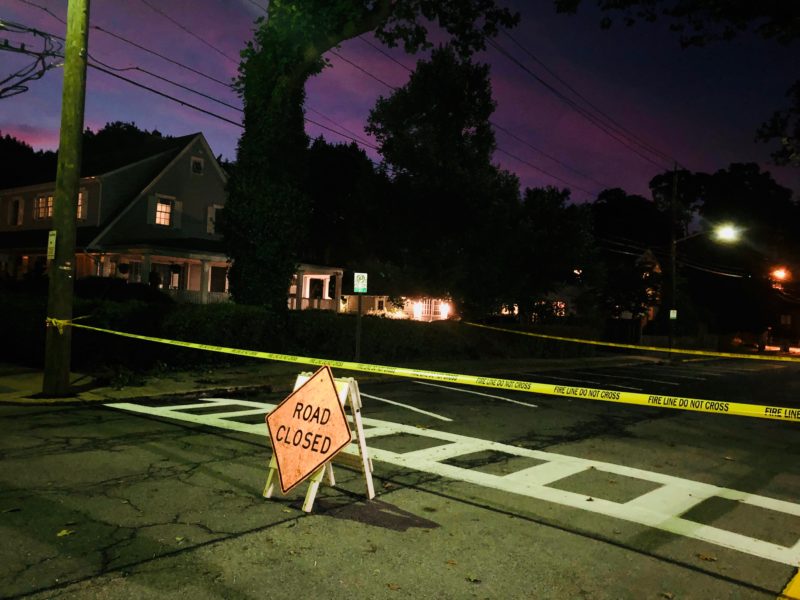 Forest Park Avenue is closed between Wendt and Chatsworth

As multiple auto alarms blared, the department checked out the site of the strikes in a matter of minutes, deciding quickly to close Forest Park Avenue near Chatsworth Elementary School, where a massive overhanging tree was struck, and possibly undermined by, the lighting.

Units also rushed to the site of Con Ed Substation on Boston Post Road near Flint Park and to a private home on Woodbine Ave. in the Manor. A number of park goers were also assisted getting out of the local flooding in Flint Park and managed to leave the area through the Hommocks Middle School grounds.

Chief Caparelli says Forest Park Avenue will remain closed between Chatsworth and Wendt Avenues until the owner of the tree has it evaluated by arborists.