Larchmont Teardown of the Week

Up at the corner of Murray and Edgewood Avenues in Larchmont/Town of Mamaroneck, a c.1920’s era home is gone. And with it, several old trees, including at least two on Town property at the sidewalk.

“It was a big house,” says a neighbor. “They always had a giant maybe 8-foot wreath up on the side of the house during the Holidays.” 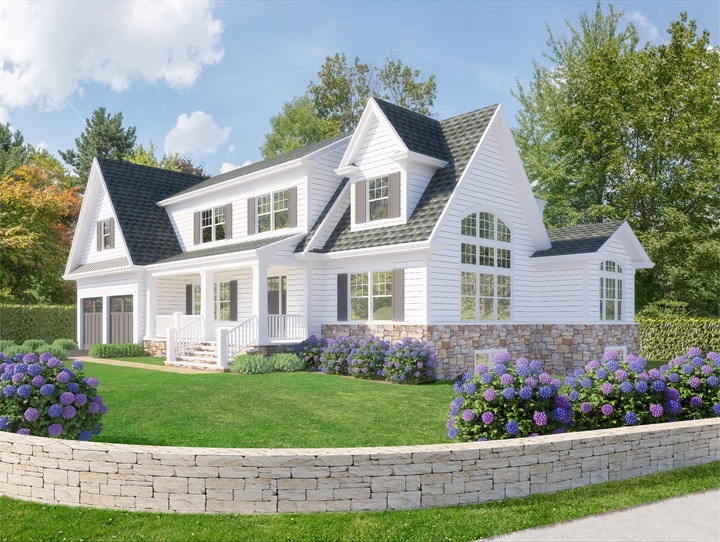 According to a representative from the Town, the project to construct the new house went for residential site plan approval before the Planning Board and Town Board to get permission to remove the Town trees.

The driveway is being relocated from Murray Avenue to Edgewood and the street trees were located in the proposed driveway.  The builder will reportedly try to replace the old trees.

Incidentally, this is the same agent for the developer that knocked down the cottage at 169 Rockingstone Avenue.

Another beautiful cottage is about to come down on Echo. The character of the town is being destroyed.

This developer builds ugly oversized homes on properties that are too small in size for these monstrosities…he has no community interest or any taste for that matter!

So agreed. The trees belong to the town and everyone else, not just the homeowner, or even worse, the developer, who has no abiding interest in the community.

I would like to see how they will replace “old” trees. Such a shame.

The trees were beautiful and healthy with a broad canopy. Now there is just empty sky. I thought we lived in a Tree City?