Larchmont Synagogue Congregation Sulam Yaakov is standing by its man after his arrest for impersonating a cop and pulling over a several drivers.

49-year-old Rabbi Alfredo Borodowski, the founding leader of the temple, and former executive director of Temple Emanu-El’s Skirball Center for Adult Jewish Learning in New York City, faces charges for several incidents. He was fired from the New York temple earlier this month.  His lawyer says the Rabbi suffers from bi-polar disorder. 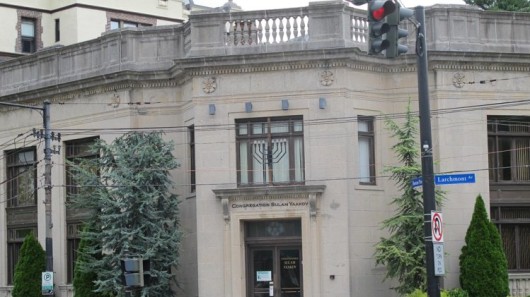 But the Conservative Larchmont Temple, with about 75 member families, has no plans to fire Borodowski.
“I believe our first priority at this moment should be to do everything in our power to help Rabbi Alfredo recover from his illness and to welcome him back as our spiritual leader at the appropriate time,” wrote synagogue president Donald Meltzer in an e-mail distributed to members shortly after Rabbi Borodowski’s lawyer announced his psychiatric condition, and reported by New York Jewish Week.

The  charge in Mamaroneck, for pulling a woman for driving too slowly, while he was impersonating as a cop, was reduced from a felony to a misdemeanor this week, with the judge ordering a psychiatric evaluation and adjourning the case until September.  After this case was reported, other people reported similar incidents in White Plains and Yonkers.

On Friday, A 30-year-old Mount Vernon woman became the fourth to come forward, telling  The Journal News Rabbi Borodowski pulled a fake police routine on her too, chasing her on the Sprain Brook Parkway before banging on her window at a traffic light.

The Jewish Week says that during one recent service, a congregant said, “We DO NOT discard broken tablets or anything that is not whole, not perfect. And, we do not discard people who have erred in some way.”

I commend the congregation for it’s loyalty.