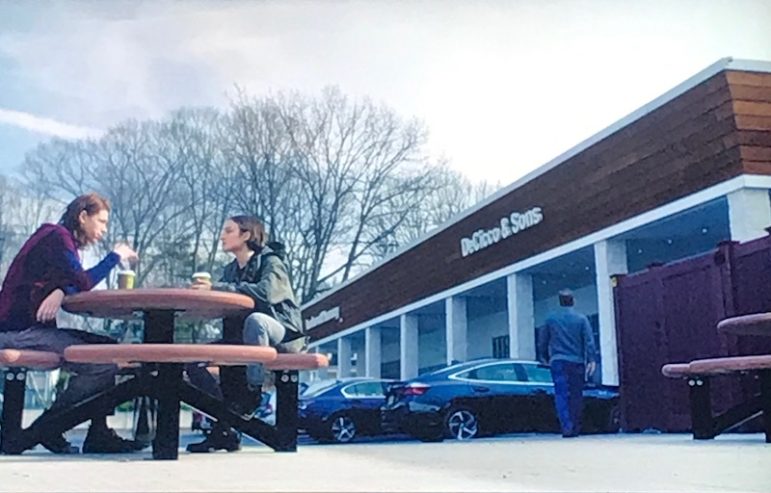 Who spotted DeCicco & Sons in Larchmont or Modern on the Rails at the Mamaroneck train station on TV recently?

In fact, within the shopping center on Palmer Avenue where DeCicco’s is located are Larchmont Pharmacy and New York Liquor Co., both of which are featured as well.

Eve Fletcher pushes a cart down a grocery aisle and goes upstairs to the cafe at DeCicco’s in different episodes, and meets a blind date at Modern on the Rails in episode 2, while a character named Julian works at Larchmont Pharmacy and is seen talking to a friend outside (above)

According to DeCicco’s Co-Owner Chris DeCicco, the indoor scenes were shot in the middle of the night.

“It’s always fun to see it on TV for sure,” he says. “We’ve done a few things with HBO over the years, including “The Leftovers.”

Yes i was there one day