Equinox and New York Sports Clubs have offered showers, local restaurants such as Apiary, Coriander, Polpetina and Villa Maria, to name only a few, are offering free meals. The Golden Shoestring is organizing a free shopping trip for victims to find clothes. DeCicco’s is donating Thanksgiving baskets.

The Village of Larchmont has come together to help the residents of 11 occupied apartments at 1912 Palmer Avenue left homeless after Sunday’s fire.

“I can’t tell you the amount of phone calls I have gotten from residents offering their homes, at least 15 to 20,” said Tiffany Smith, a Larchmont resident that helped create the Love Larchmont community and Facebook group.

“It’s unbelieveable to me. Perfect strangers, offering bedrooms and space in their houses.” 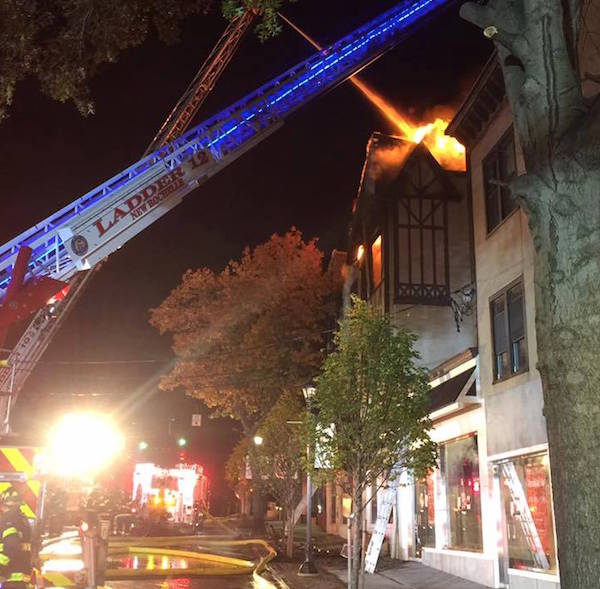 (this is a correction) In addition, the Red Cross continues to play a critical role in the recovery. It is providing ” immediate emergency assistance, financial and mental health support, as well as on going follow up,” said spokesperson Abigail Adams.

Gift cards are also suggested, and may be brought to Mayor Lorraine Walsh’s office at Village Hall, or, outside office hours, to the Larchmont Fire Dept.

Two of the apartments housed families, each with one child at Chatsworth Elementary School. Parents there helped set up UCaring sites where donations may be made:

UCaring site for First Grader Emerson Niu’s family, who moved here from China about a month ago.

GoFundMe site for the family of Ellie Zieminski, owner of Love Bella boutique, destroyed in the blaze.

https://www.gofundme.com/2xu0i38?pc=fb_co_dashboard_a GoFundMe account for Nicole Nobile who lost her home and all her belonging in the fire. Please help her get back on her feet. Thank you.