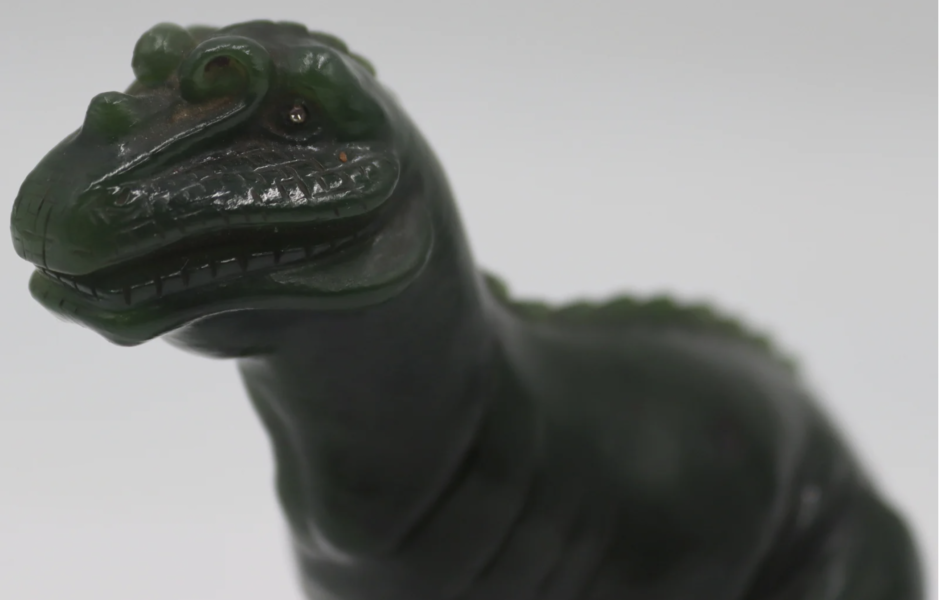 When Whitney Bria, a Jewelry and Silver Specialist and Auctioneer at Larchmont’s Clarke Auction goes to Estate Sales, she rarely sees what she found at a home in New Rochelle: a jade (nephrite) carving of a dinosaur. The 5″ long tyrannosaurus rex had diamond eyes.

She took the piece for the auction house, not knowing exactly what it was.

Whitney was then contacted by Geoffrey Munn, a British specialist in Faberge (the designer of those jewel-encrusted Fabergé eggs for the Russian Tsars), and host of the BBC Antiques Roadshow.

Munn told her she had found a long lost and extremely rare carving by Faberge, and “there is the strongest implication that it belonged to Russian Emperor Nicholas II.” 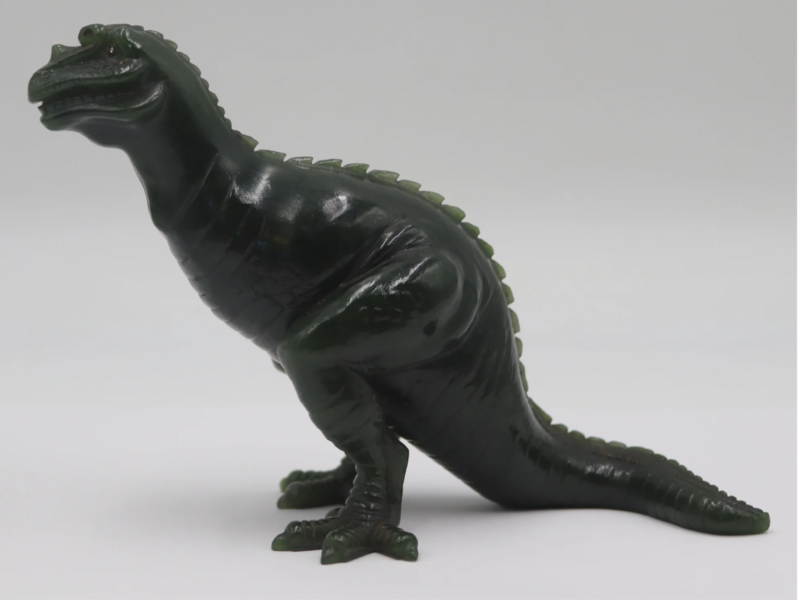 Munn writes on Instagram,  “… Tyrannosaurus Rex by Faberge … was a “sleeper” at the NY sales room ClarkeNY.com until I woke it up yesterday with a proper attribution. Prehistoric animals by Faberge are astonishingly rare and I only know of two or three examples.”

Now one of those examples is here in Larchmont looking for a new home.

Want to have a look? It will be at auction at Clarke on November 7, beginning at 10:00 am and is experts say the winning bid is likely to exceed the pre-sale estimate of between $800 and $1200.

Auction previews take place Thursday, Nov. 4th through the 6th between the hours of 12-6pm. Please feel free to come in and peruse this treasure and more!