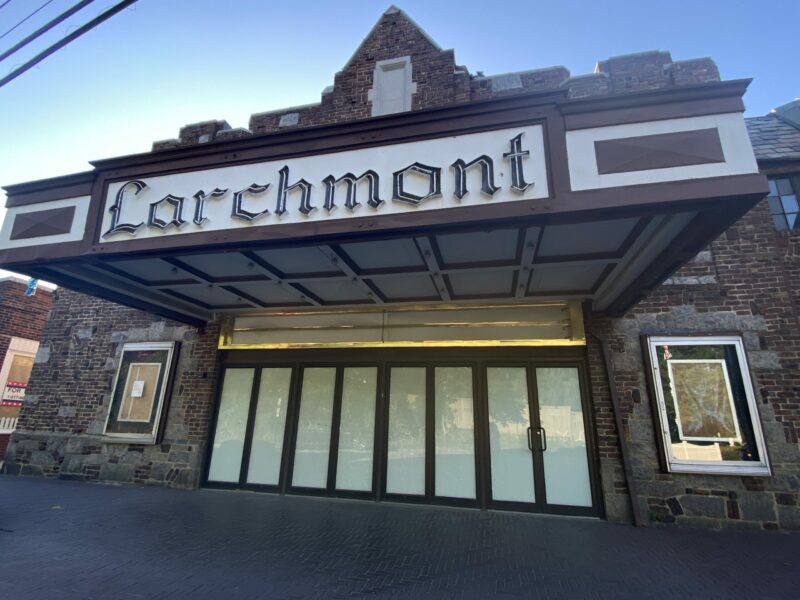 Larchmont’s movie theater remains dark after five years and there are no coming attractions on the horizon. The historic Larchmont Playhouse was purchased in September 2017 by NYC developer Cohen Brothers Realty, with a plan to modernize the theater into a four screen arthouse cinema.

Although a company spokesperson says the property will “absolutely” be developed, there is no targeted opening date or indication that construction will even start this year.

It took theLoop over nine months to get a response from the developer.

David Fogel, Senior Vice President at Cohen Brothers would not offer any reason for the lack of any development at the theater site for the last three years but said “from our perspective we’re moving ahead…We’re terribly optimistic that we’ll have a theater for everyone to go to in Larchmont sometime in the near future.”

Architectural plans are on file with the Village Buildings Department, and it was reported that interior demolition permits were issued last year. On one of the theater’s front marquees, where vivid movie posters once teased the current and upcoming features, is taped a structural permit from 2018.

Fogel blames the pandemic for lack of attention to the project, but when asked why work was done in 2018 and 2019 he answered “We’re forward looking and hoping to have something terrific for the city.”

“The mayor has been terrific, the city has been terrific and we very much want to satisfy the needs the the community has for high quality film and Larchmont deserves it,” Fogel said. (Fogel seems to be unaware Larchmont is a village, not a city.)

For now, the smell of theater popcorn and anticipation of watching a blockbuster as the lights dim and escaping into another world of drama or comedy at the Larchmont Playhouse… remains on hold.

0
Reply
Previous articleTo the Editor: Larchmont Dump Not Suitable for Voting
Next articleFireworks for the 4th – Where to Go