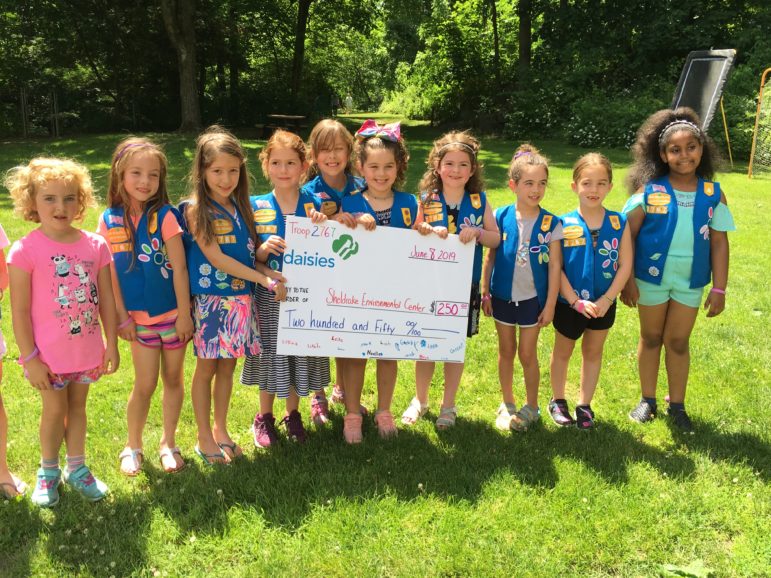 Eleven members of Troop 2767 — all first graders at the Murray Avenue School in Larchmont — proudly presented a check for $250 on June 8, raised from their hard-earned cookie sales, to Sheldrake’s Executive Director Jen Keefe.

The Daisies, the youngest Girl Scout designation, sold more than 1,400 boxes of cookies –about $1,100 worth– according to the troop’s co-leaders and moms Jen Reinglass, Lindsey Raivich, and Caren Sallada.

The troop decided to donate a portion of their sales to Sheldrake having attended nature programs there in the past, earning special badges. The troop, which numbers fourteen in all, has been together for two years.

In a special “bridging” ceremony, each of the scouts crossed the bridge at Sheldrake and received a special bracelet signifying their move from being Daisies to Brownies.

Have you reopened? Never left? Want more customers? theLoop is the most effective and cost-efficient way to advertise your talents to 50,000 local readers every month.
Read more