To check out your neighborhood's average carbon emissions and compare them to others, you can visit the New York Metro area map online. 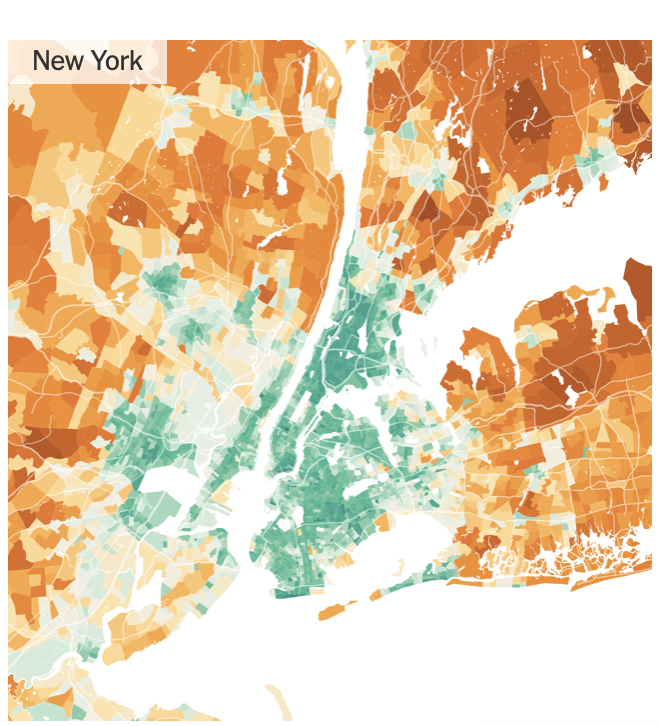 A new climate map shows the Larchmont area to have higher than average CO2 emissions per household – among the highest in the nation at 60-70 tons  – higher than Mamaroneck, for example, and much higher emissions than households in New York City, and parts of New Rochelle and White Plains.

As reported recently in The New York Times, the interactive maps for suburban Westchester neighborhoods, such as Larchmont and Mamaroneck, are based on real world estimates of the average household’s electricity use, car ownership, income levels, consumption patterns and more.

Researchers at The Cool Climate Network  recently released maps that show how our consumer habits impact carbon emissions. They created a consumption-based carbon footprint for neighborhoods across the U.S.

To check out your neighborhood’s average carbon emissions and compare them to other’s, you can visit the New York Metro area map online.

Driving and housing are frequently the largest contributors to a household’s carbon footprint, although what people eat, what they buy and how often they fly are also important factors. Wealth is another factor. Living in densely populated areas also is a key factor in lowering carbon emissions because people drive less and are more likely to have smaller homes that use less energy.

The results shown on the maps are averages across each census tract: If you take more flights, drive more miles or buy more goods than your neighbors, you may have a higher emissions footprint than your area’s average. Conversely, if you put solar panels on your roof or drive an electric car, that can lower your emissions.

According to the New York Times, the data reflects average household emissions footprints in 2017, prior to the coronavirus pandemic. 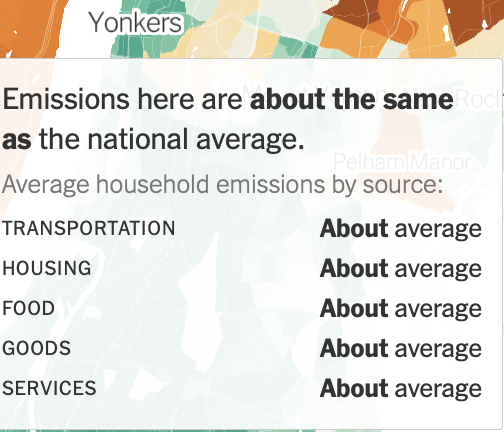 Thanks for sharing this article! For those who are interested in figuring out how to lower emissions, there’s a great program starting up in January, co-sponsored by One Small Stone and Sheldrake Environmental Center. Visit either of their websites and look for “Coffee, Conversation and the Climate.”