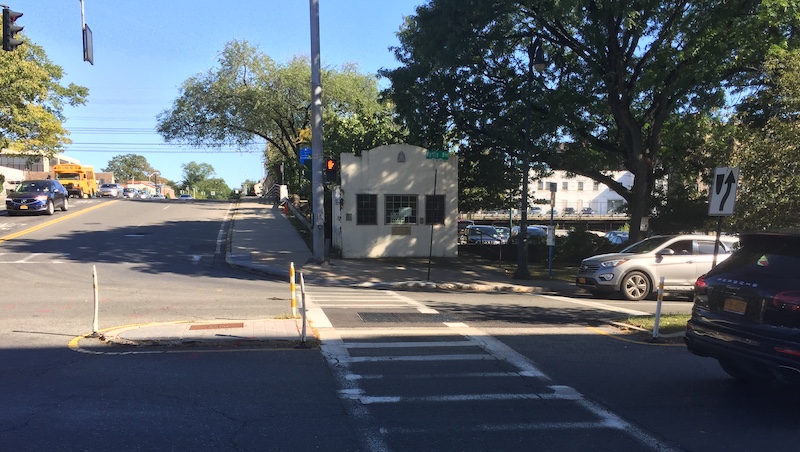 You may recall last week the Larchmonster was snooping around the empty stucco hut on the corner of Chatsworth Ave. and Myrtle Blvd. in Larchmont.

He was wondering what it is, what it was, and what it’s doing there.

Larchmont Historical Society Archivist wrote in to say she found clips from the Larchmont Times weekly newspaper (which stopped publication at end of 1955) that confirms an original building on the site was a newspaper, candy and tobacco stand called Blind Joes, as some of you suggested in the comments in our last article.

The Lions Club supported the project. Earlier there had been a Blind Jim stand on Boston Post Rd in Larchmont (see photo below)

, which the Lions Club also supported. The Chatsworth stand was built for Blind Jim in 1939, but he died before he could move in, so the Lions Club reportedly found another deserving blind man, Blind Joe, to take over.

The old hut was there before the bridge over the tracks was re-made when the interstate was built in the mid- 50’s. 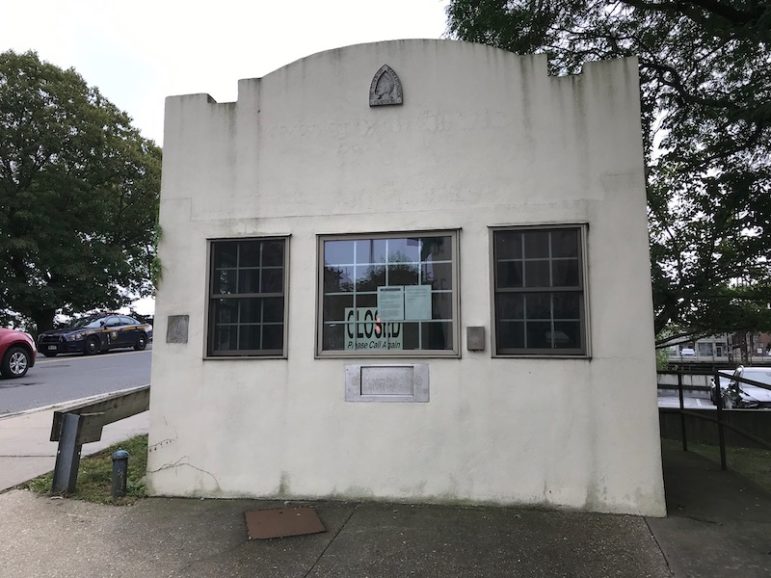